The 2nd Street Festival is an Annual Celebration & Homecoming

The 2nd Street Festival in Richmond returns in 2019 for its 31st anniversary, celebrating the rich culture of the historic Jackson Ward neighborhood. As always, this FREE event takes place the first full weekend in October. Over the years, it has grown to be one of Richmond's favorite annual events and the Mid-Atlantic's largest street festivals. Nearly 30,000 people visit historic Jackson Ward to reminisce about the days when 2nd Street was the heart and soul of Richmond's African-American community and was known as “the Harlem of the South.” Today, Jackson Ward continues to be a thriving Richmond neighborhood and community, and the 2nd Street Festival is an annual celebration and homecoming.

This year the festival features Saturday’s headliner EU (Experience Unlimited) and a Sunday performance by Richmond’s finest, Legacy Band. Many other great artists will be showcased over the two-day event.

Although they are best known for their Grammy nominated, massive worldwide hit DaButt from Spike Lee’s “School Daze” soundtrack, EU scored hits with Salt-N-Pepa (Shake Your Thang), with rap innovator Kurtis Blow (Party Time), and on their own with Buck Wild and Taste of Your Love. "Da Butt" won Soul Train’s best R&B/Soul Single, Group in 1989.

EU has performed with Teena Marie, Morris Day and The Time, Mint Condition, Cameo and countless others. They performed on a show with Bob Dylan in 1989, one of Sugar Bear’s career highlights. In 2003, EU performed to a national audience on the televised NAACP Awards’ Tribute to Spike Lee. EU has been featured in 2009 in VH1 one hit wonders of the 1980’s. EU is currently in the studio working on a new CD, and they continue to rock the stage night after night.

Legacy Band is an adored Richmond favorite, playing all top hits with a mix of soul, R&B, funk and jazz. The band was originally formed by guitarist Jose Pomier and vocalist Kaila Valdez.

Most artists who put a “Doc” in their name do it out of cleverness, for marketing reasons, or as a crafty way to express the mastery of their instrument or vibe. Since the release of his 2003 debut “Saxappeal,” Phillip “Doc” Martin has all that down pat, wowing audiences everywhere from Blues Alley in D.C., to the St. Lucia Jazz Festival and Catalina Island JazzTrax Festival and earning inspiring amounts of airplay for tracks like “Deep Pockets,” the title track from his 2009 set Realization.

While many independent artists with cool, successful “day jobs” prefer to avoid references to them when they talk about their music, Martin is the complete opposite, fully embracing the inspirational factor of being a top notch practitioner in two very different professions. Beyond his ever-expanding musical fan base, hundreds of patients in the Washington, DC area know him as “Dr. Martin,” a board certified dentist in a group practice there.

Producer, multi-instrumentalist, composer, and singer, Nathan Mitchell, aka “Nate,” is becoming one of the most sought after talents on the national smooth jazz market. Since his 2011 entrance into the smooth jazz industry as a premier keyboardist, organist and vocalist, he has performed with a widely diverse list of some of the biggest artists in the music industry, including Grammy nominees/winners and billboard chart toppers such as: Paul Brown, Gerald Veasley, Mindi Abair and Marcus Anderson, as well as many other acclaimed artists. Nate released his debut single, “For All Eternity” in 2013 featuring national acclaimed saxophonist, Marcus Anderson and guitarist, Nate Najar. The passion of Nathan Mitchell’s smooth jazz is soul stirring and powerful.

Venture Richmond Events and the 2nd Street Festival will provide FREE guided walking tours led by Gary Flowers who has a four-generation family connection to Historic Jackson Ward. "Educating the public to the place Historic Jackson Ward holds in commerce, education, and dismantling racial segregation in the United States of America is critically important to me,” Mr. Flowers said.

The 2nd Street Festival is a FREE event. Food, drink and merchandise are available for sale.

DO NOT BRING PETS (other than service animals) to the festival. We expect very large crowds and your pets will be more comfortable at home.

WHAT CAN’T I BRING WITH ME?

Items that are not permitted include, but are not limited to:

There isn’t dedicated event parking, but around the festival site there are surface parking lots and available on-street parking, specifically on the south side of E. Broad Street between Foushee Street and N. 5th Street. There is also a parking deck at 5th and Marshall Streets behind the Richmond Marriott.

We advise festival goers to utilize the GRTC Pulse that has a bus stop at 2nd and E. Broad Streets and available rideshare services. Best drop off address for rideshare is: 124 E. Broad St., Richmond, 23219

Be sure to check out our Downtown Richmond Transportation Guide to determine the best way to get to the event and around the city of Richmond during the 2nd Street Festival!

IN THE EVENT OF RAIN

The 2nd Street Festival will go on, rain or shine.

Emergency service centers are available at the festival.

Portable restrooms are located throughout the festival.

To submit your band or performance for consideration for future festivals, please email music@venturerichmond.com

The vendor application submission date for 2019 has passed. ALL VENDORS SPACES ARE FULL. If you have a question, please email vendor@venturerichmond.com, and check back in March 2020 for info about next year's festival.

YOUR PRESENCE IS YOUR PERMISSION

Special photographers and videographers have been hired by festival organizers to document the event. Some images may be used in later promotional materials. Your presence at the event is seen as your permission for such promotional use by the nonprofit organizers.

If you're interested in becoming a sponsor for the 2nd Street Festival, please email contactus@venturerichmond.com for a full list of sponsorship opportunities. 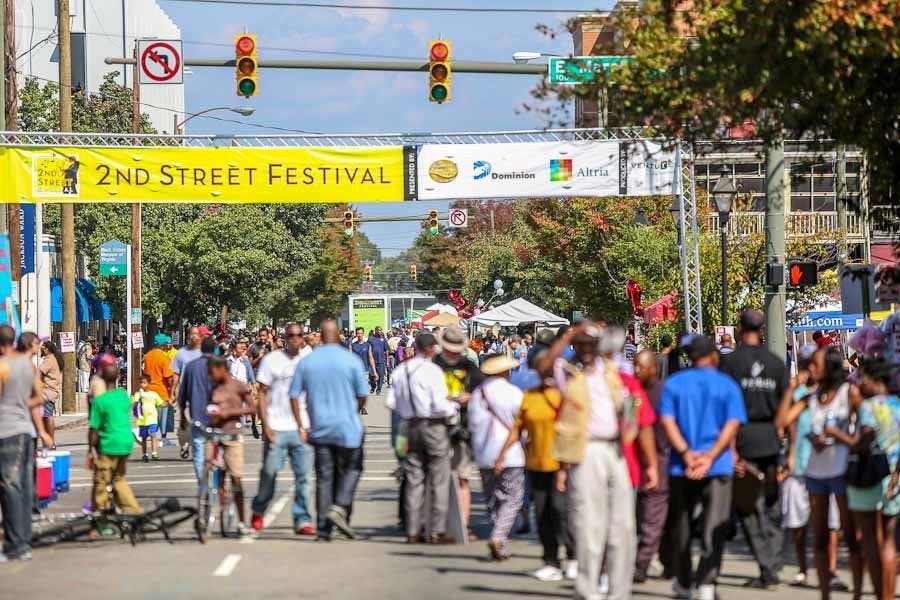 Always have a great time. Know I will run into friends there. Great food and music. 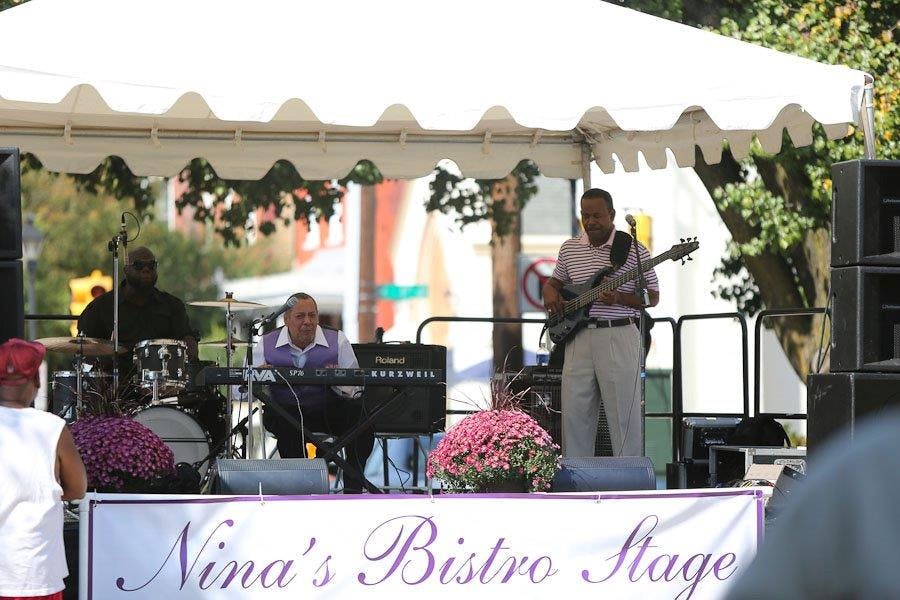 It was so many different cultures of people there, I just loved it. 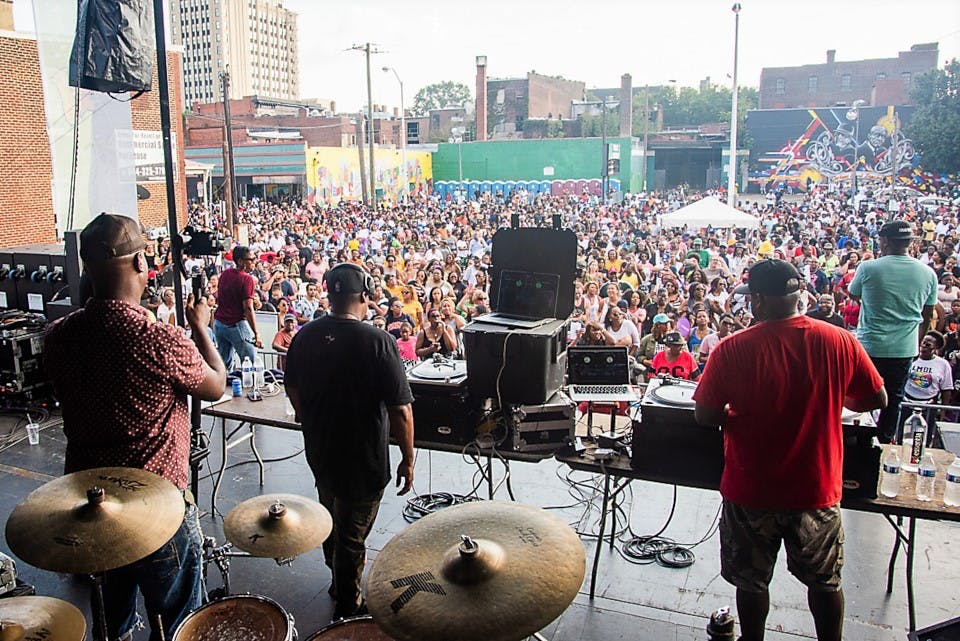 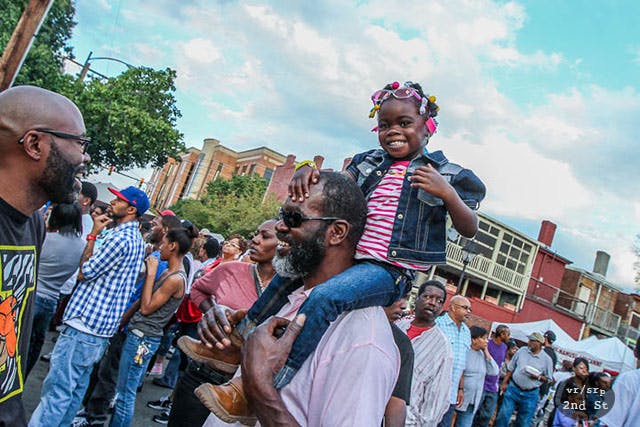