In 1990, the City of Richmond established the Downtown General Special Service and Assessment District to provide special enhanced services in Downtown. The primary district is known as the General District and a map of the area is below. There are also Riverfront Overlay Districts which include the properties along the riverfront and generally south of Byrd Street.

Special Service and Assessment Districts, as they are named in Virginia, are similar to Business Improvement Districts (BIDs) which exist in many cities in the United States and around the world.

The funding for Richmond’s Downtown enhanced services is provided through a public-private partnership between Venture Richmond and the City of Richmond. The City’s share of the program comes from annual Municipal Services grants, which is the public sector investment. The private sector investment comes from the assessments paid by property owners within the Districts. 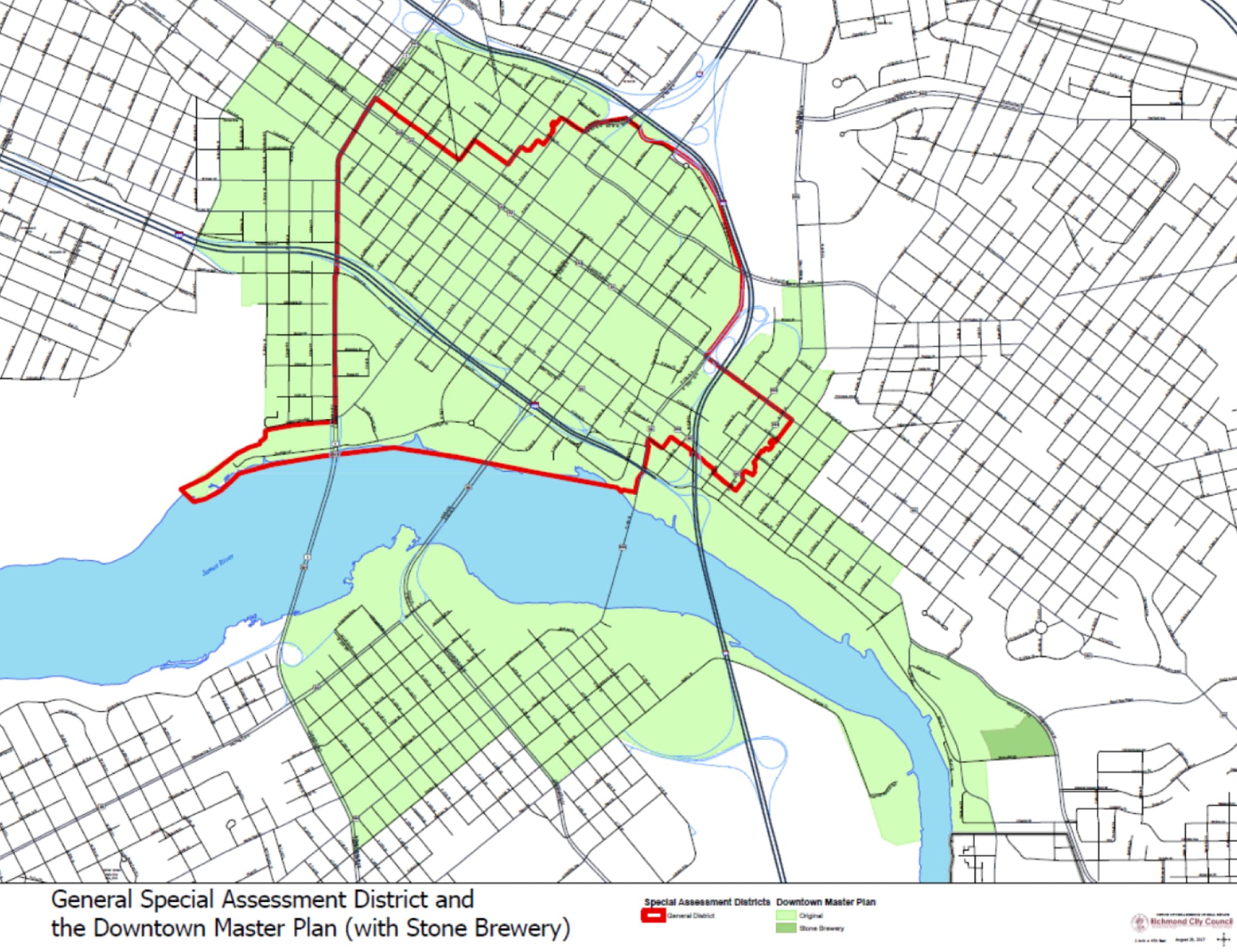 Venture Richmond is under contract with the City of Richmond to manage the districts and provide enhanced services to Downtown and the Riverfront. Those services include:

For more information and context on how other US cities manage and run their special assessment districts, read this informative article from the International Downtown Association.