Brown’s Island is one of the most heavily visited public park spaces in the city of Richmond. Located on the riverfront along the James River, just south of Tredegar Street between 5th and 12th Streets, the island was formed by the Haxall Canal and is part of the 1.25-mile Canal Walk. 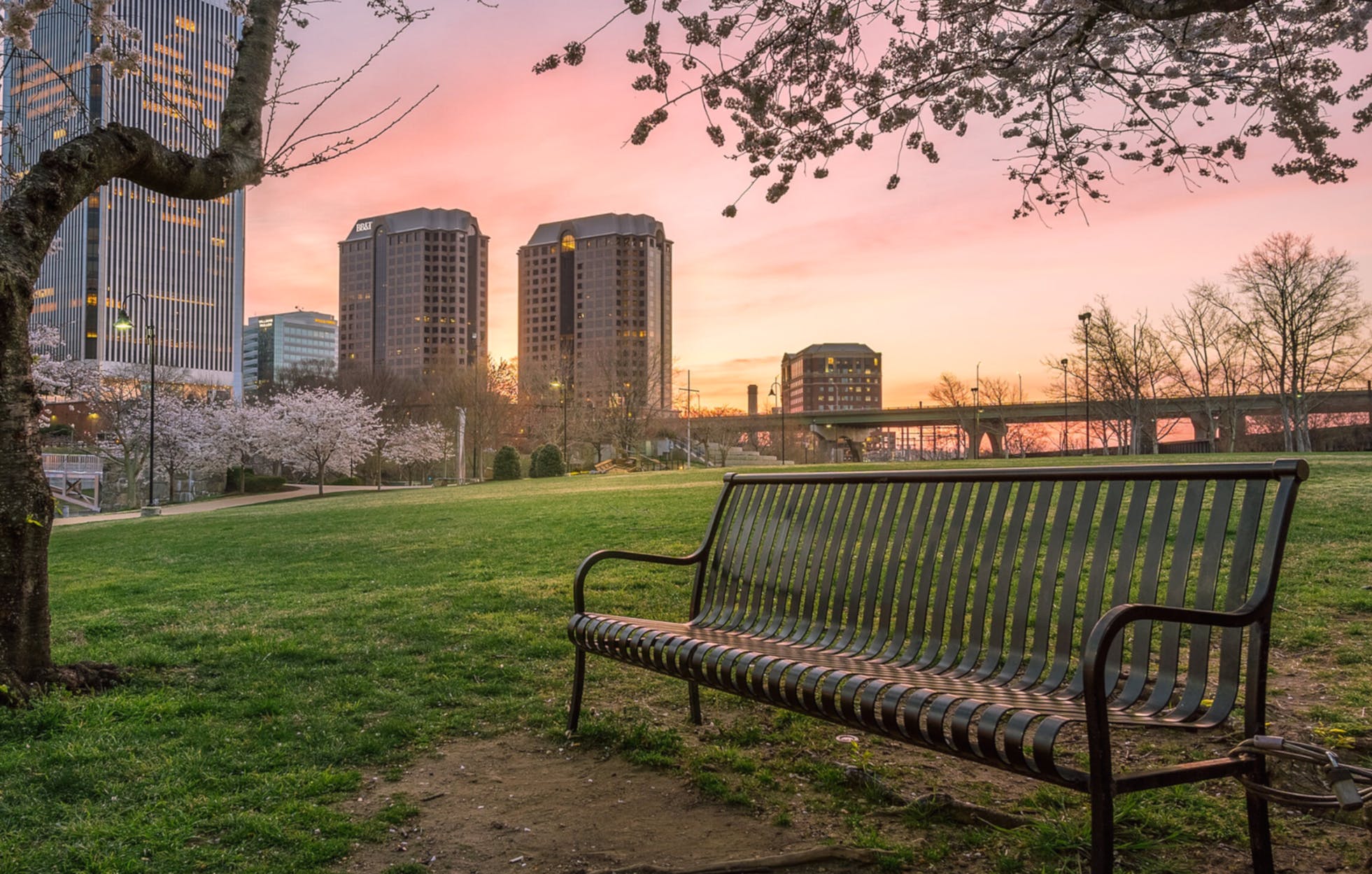 Originally formed as part of the Haxall Canal in 1789, Brown’s Island is named after its first settler, Elijah Brown, who acquired the land in 1826. During the Civil War, it was home to the Confederate States Laboratory where women and children produced ammunition and other military supplies.

Toward the end of the 19th century, in 1894, the Richmond Union Passenger Railway formed a coal power plant on the Island; and, in 1899, Dominion Virginia Power operated a hydroelectric plant that ran off the Haxall Canal on the east side of the island, which necessitated construction of the Brown’s Island Dam. Anchored into the James River are supports to the Chesapeake & Ohio Elevated Rail lines (now controlled by CSX) which are a favorite site for rail buffs, visitors and event attendees.

In the late 20th century, the Albemarle Paper Company owned and operated a paper mill on the Island, and later gifted the land to the City of Richmond, who developed Brown’s Island as a public park to both preserve and offer access to the breathtaking river views.

The island can be accessed from a variety of points.

For your convenience, there is FREE wi-fi and portable restrooms (seasonally). The park is open 24-hours a day. Brown's Island is located in the heart of downtown Richmond making it an ideal location for some of Richmond’s favorite events. Venture Richmond hosts and manages seasonal events on the island and coordinates Brown’s Island Rentals for others seeking a unique downtown venue. Today, Brown’s Island has become synonymous with outdoor recreation, concerts and some of Virginia's most popular festivals including the Friday Cheers concert series, Dominion Energy Riverrock, and the Richmond Folk Festival. Brown’s Island has also been home to events like the Richmond Marathon, Virginia PrideFest and the Annual Komen Central Virginia Race for the Cure.

Interested in hosting an event? Check out our Brown’s Island Rental page to inquire about rental opportunities on the island.

There are many fascinating historical exhibits and public art on Brown’s Island. To learn about them all, click HERE.