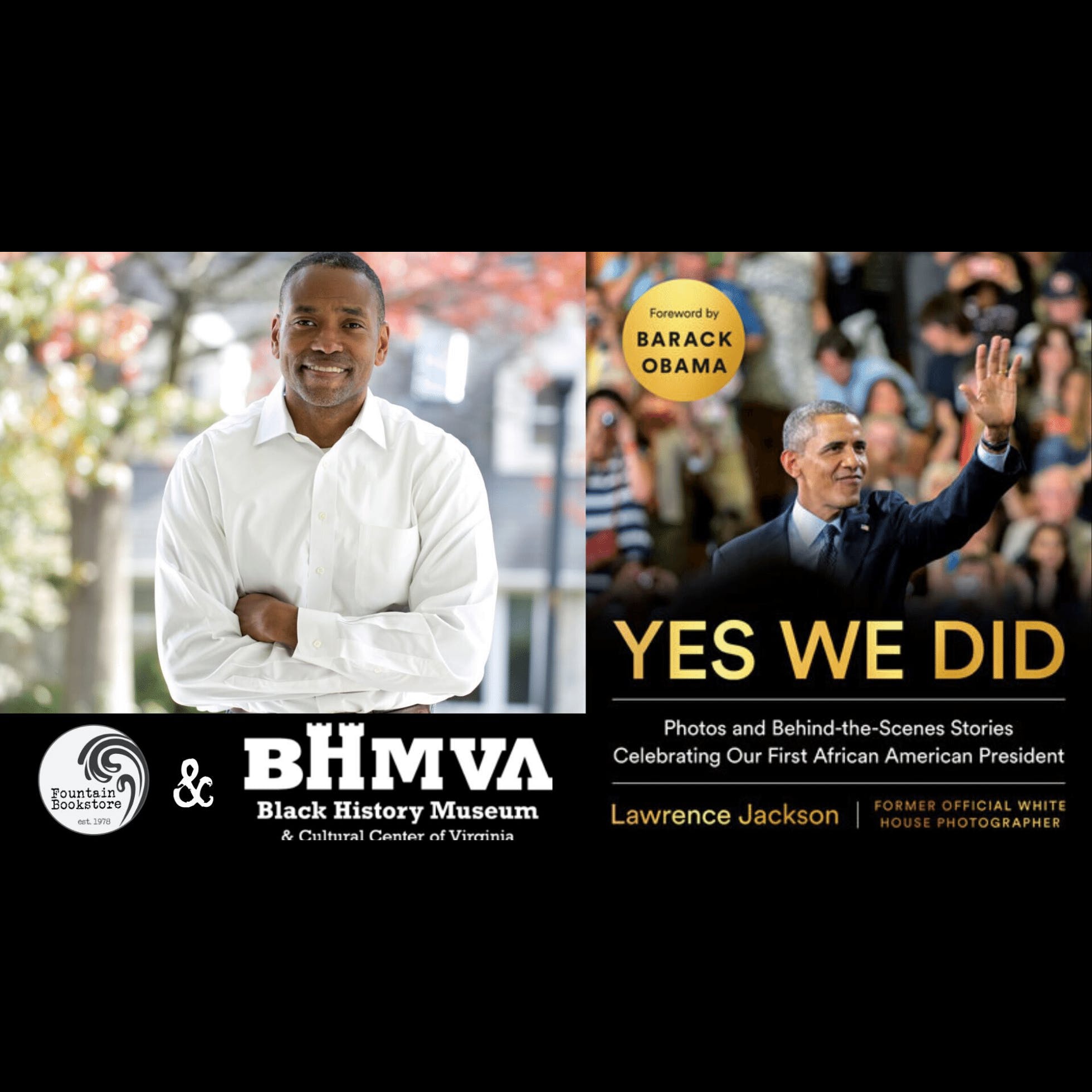 "Eight years in the White House went by so fast. That's why I'm so grateful that Lawrence was there to capture them. I hope you enjoy his work as much as I do." - From the foreword by Barack Obama

A portion of this evenings book sales go to support the Black History Museum. Tickets are free, but you must register.

When Lawrence Jackson took the job as White House photographer in early 2009, he knew he'd have a front row seat to history. What he didn't expect was the deep personal connection he would feel, as a fellow African American, with the President of the United States.

Yes We Did is filled with Lawrence's intimate photographs and reflections, as well as first-person recollections from President Obama, everyday citizens, and notable personalities including Bono, Stephen Curry, Valerie Jarrett, Admiral Mike Mullen, and others. The book is a celebration of the most inclusive and representative White House in history - where in between momentous and pivotal decisions, the President and First Lady opened the doors of the People's House to school kids, athletes, senior citizens, hip-hop artists, and more.

For anyone who misses the humanity, grace, and undefinable "cool factor" of the Obama White House, this warm and inspiring book provides an affirming, proud, and focused lens on our history.

Lawrence Jackson served as an official White House Photographer for eight years under President Obama. He now runs a photography business and lives in the Washington, DC, area with his wife and two kids.