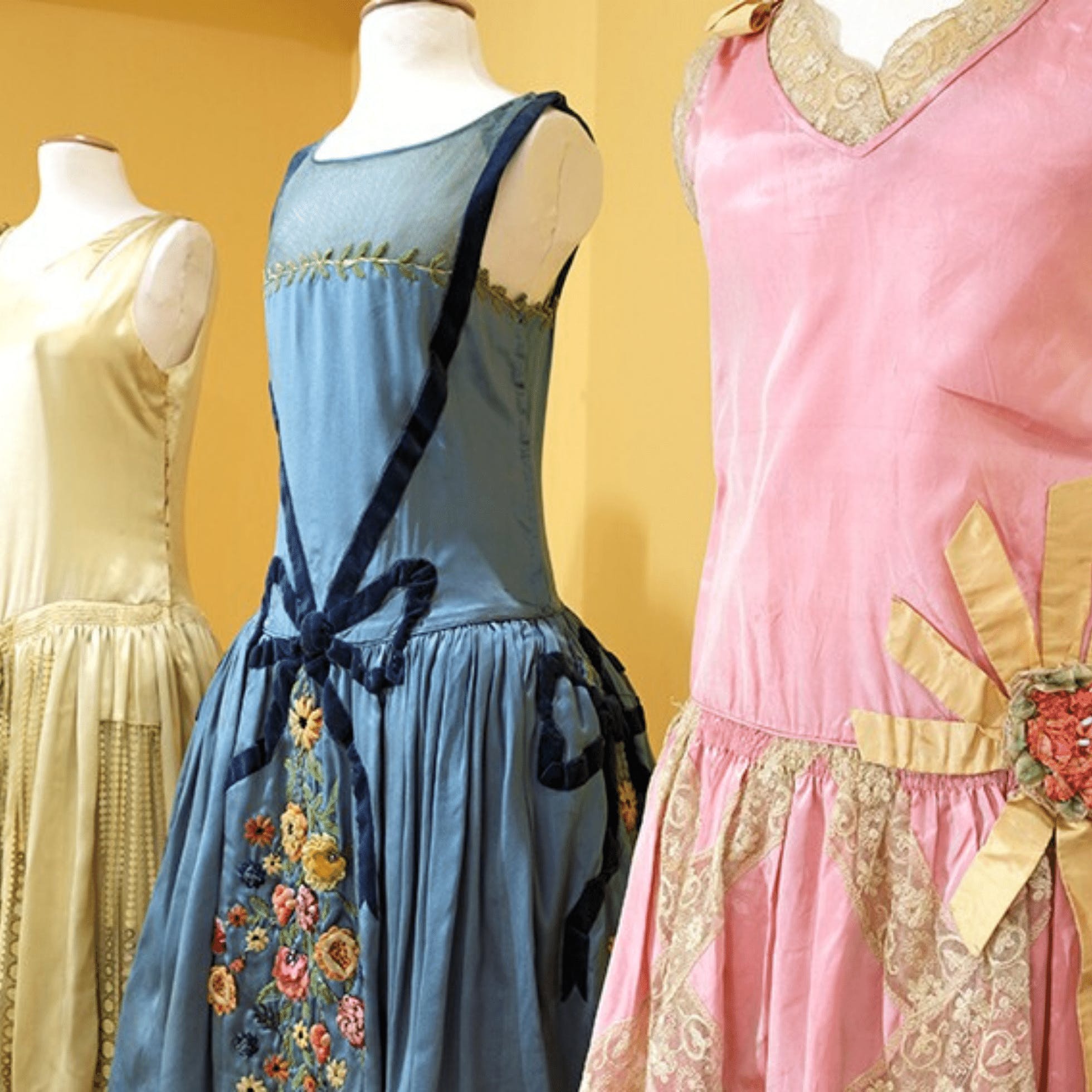 In celebration of the 100th anniversary of the Roaring Twenties, the Valentine presents Ain’t Misbehavin’: 1920s Richmond, an exhibition of costume, textiles, art and artifacts in the Nathalie L. Klaus and Reynolds Family Galleries. The 1920s are remembered in America as a decade that “roared” with change, including urban expansion, equal suffrage, social integration, jazz music, fast dancing and short hemlines. In Richmond, the decade’s seismic social shifts unfolded against a backdrop of conservative values. Like the popular 1929 tune of the same name, Ain’t Misbehavin’: 1920s Richmond presents a playful commentary on Richmond’s mixed reaction to the Roaring Twenties amid a sparkling display of some of the 1920s fashions worn in the city.