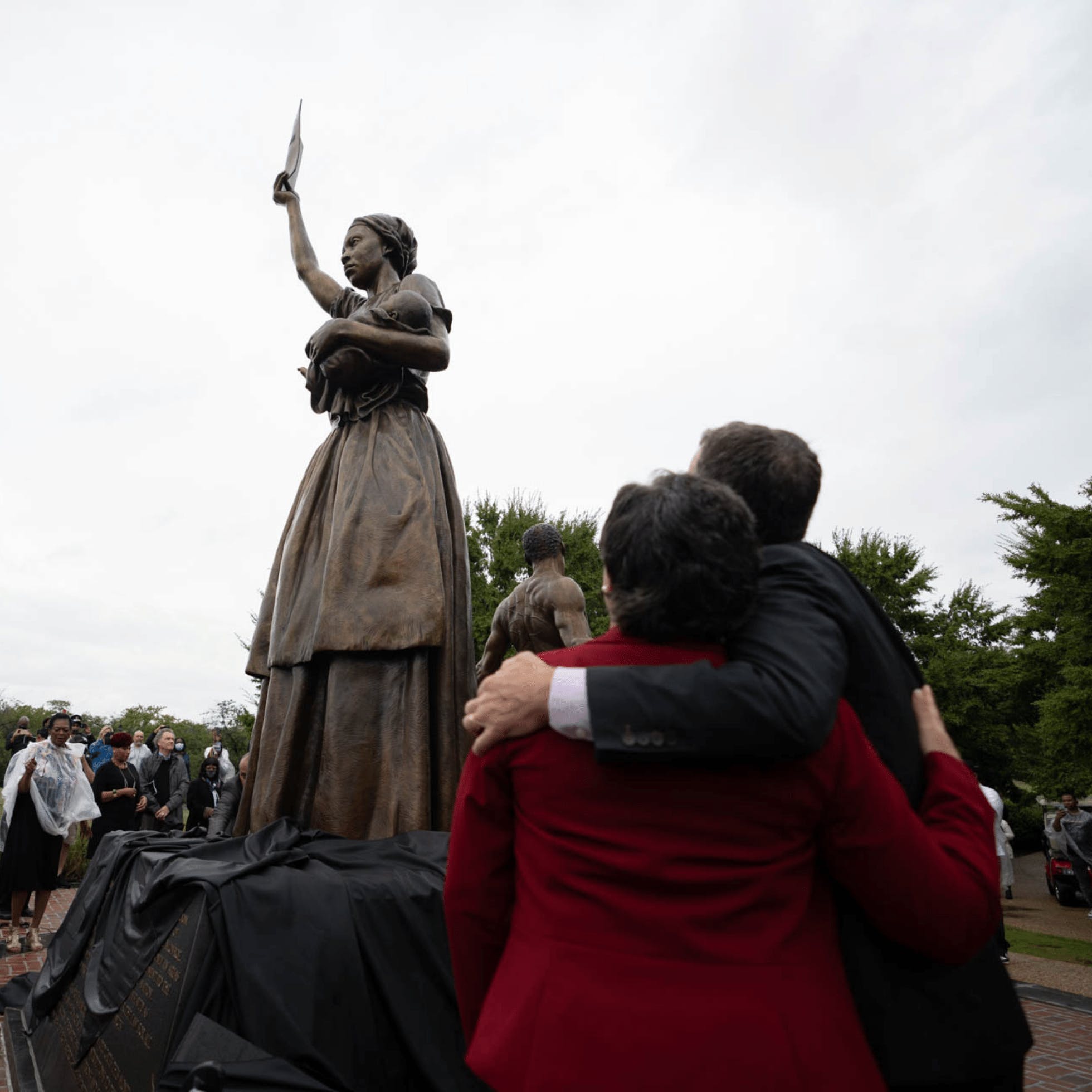 A New Moment and New Monument in Richmond, VA

On a rainy September 22, 2021, following nearly 10 years of planning and fundraising, Virginia's Dr. Martin Luther King, Jr. Memorial Commission dedicated and unveiled Richmond’s newest monument – the Emancipation and Freedom Monument – on Brown’s Island, along downtown Richmond’s riverfront. Hundreds gathered with ponchos and umbrellas near the Halsey Bridge, at the base of 5th Street, as dignitaries acknowledged the significance of the new monument which commemorates the efforts of both enslaved and free African Americans whose ancestors endured tragedies and triumphs in their struggle to gain their freedom through emancipation. This day marked a poignant moment in the city of Richmond’s history, as just two weeks prior, the removal of the city’s last Confederate monument – to General Robert E. Lee – was removed from Monument Avenue. 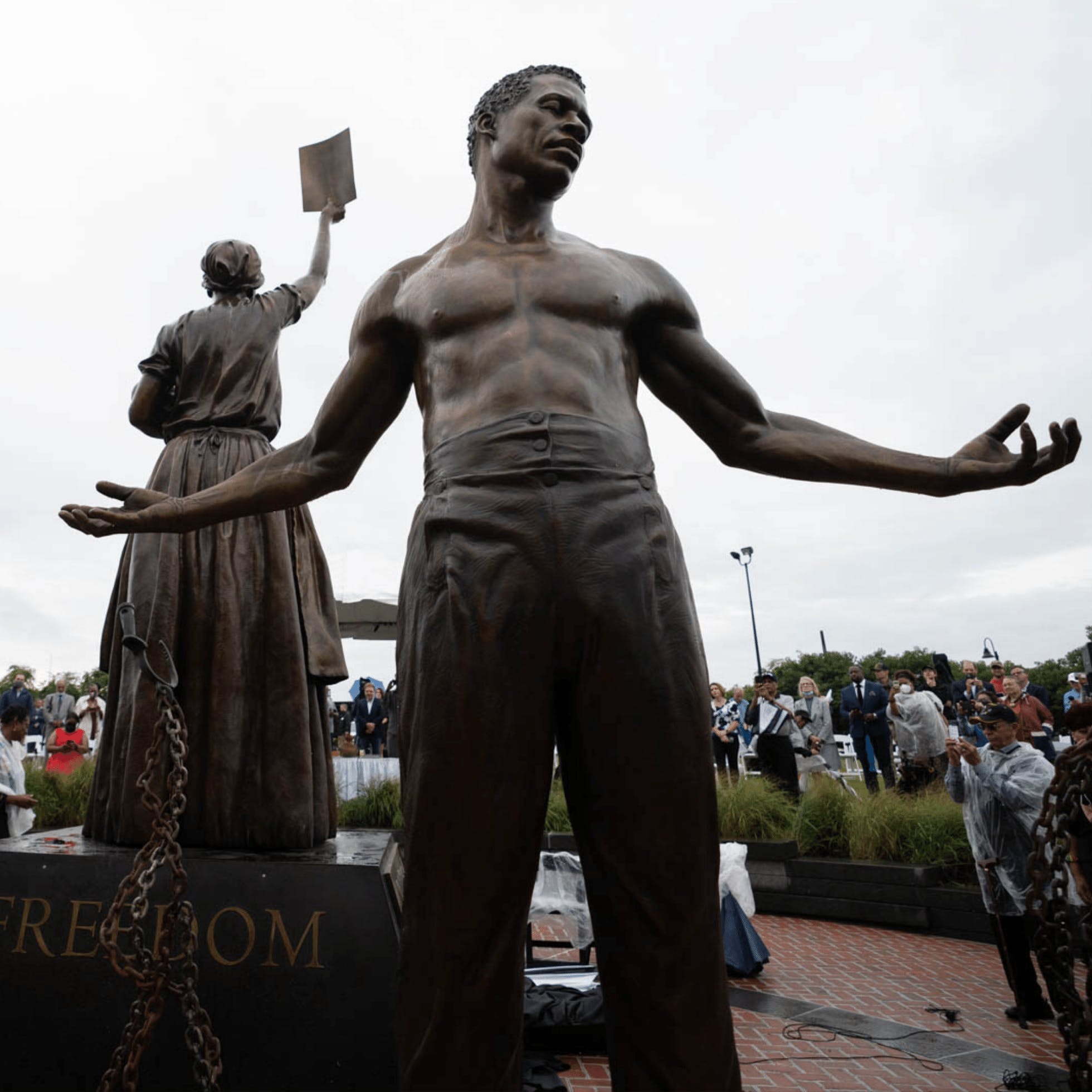 The Inspiration for the Emancipation and Freedom Monument

The Emancipation and Freedom Monument in Richmond, VA was commissioned by Virginia's Dr. Martin Luther King, Jr. Memorial Commission and designed by artist and sculptor, Thomas Jay Warren, of Oregon. The brick plaza and landscaping was designed by architect Drew Harrigan of Four Winds Design and constructed by Fred Williams and his team at Williams Construction. It features two 12-foot bronze figures – a male, and a female holding an infant – who represent those newly freed from slavery. A pedestal, which elevates the female figure, features the images and contributions of ten Virginians whose efforts represent the sacrifices of those eager to gain freedom both before and after Emancipation, during Reconstruction, the Jim Crow and Civil Rights eras: Mary Elizabeth Bowser, William Harvey Carney, Gabriel, Dred Scott, Nat Turner, Rosa Dixon Bowser, John Mercer Langston, John Mitchell, Jr., Lucy Simms and Rev. Wyatt Tee Walker. 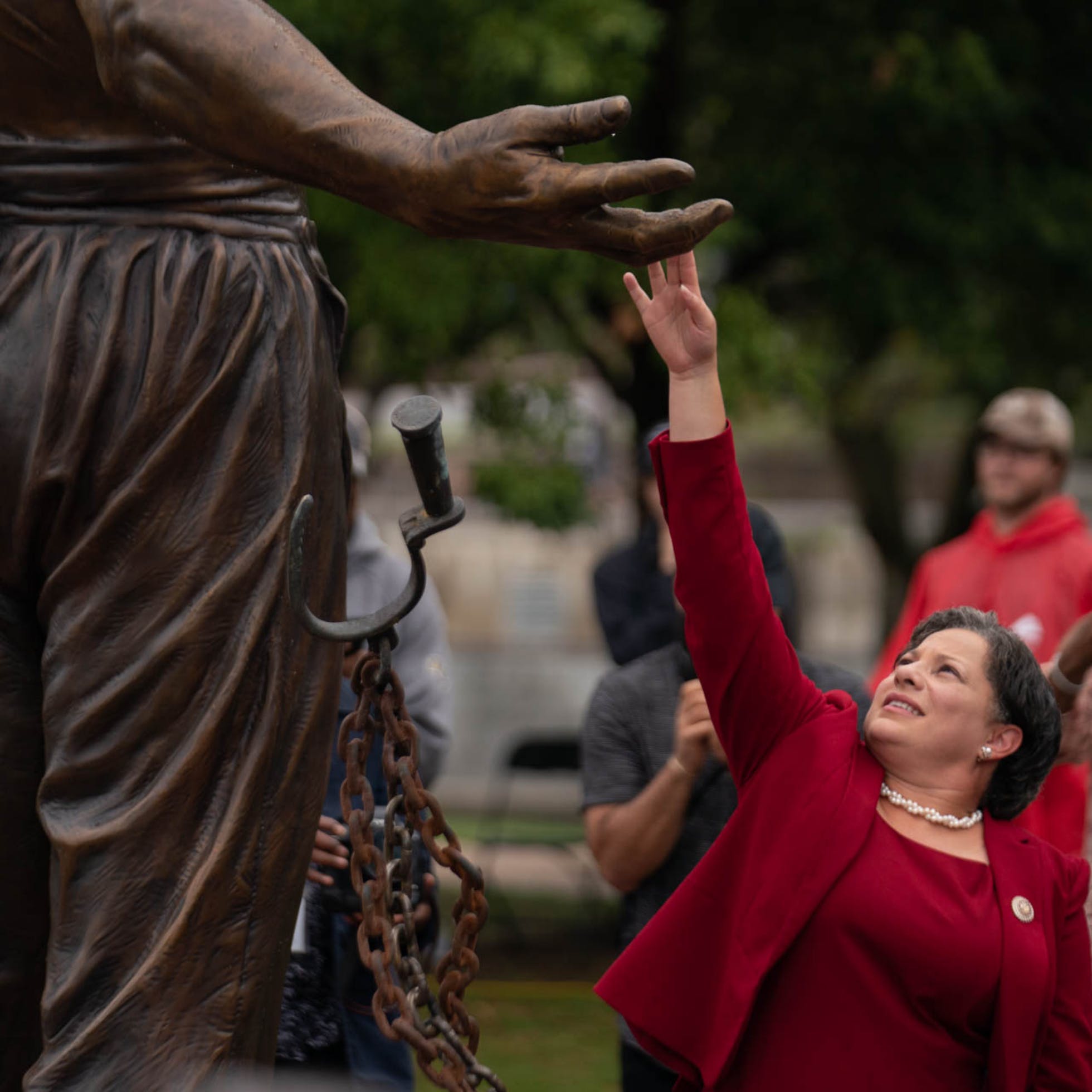 The Emancipation and Freedom Monument's Unveiling

Guest speakers offered words of encouragement as they acknowledged the complicated history that brought Virginians to this moment including:

Richmond’s Mayor Levar Stoney “This monument stands on its own, but it does not stand alone.”

Commission Chairperson, Senator Jennifer L. McClellan encouraged all “to push on until the words of life, liberty and the pursuit of happiness apply to all.”

“In many ways, we are turning the page. . . (and honoring those) whose actions and resistance led them to the front lines of the fight for equal rights,” said Commission Vice-Chairperson, Delegate Delores McQuinn.

The ceremony was filmed and broadcasted by VPM and opened with an invocation by Pastor Tyrone Nelson of Sixth Mount Zion Baptist Church; a libation ceremony performed by Janine Bell and the Elegba Folklore Society followed by moving musical selections by Rev. Donte McCutchen and the Levitical Priests and Dr. Janet Copeland. 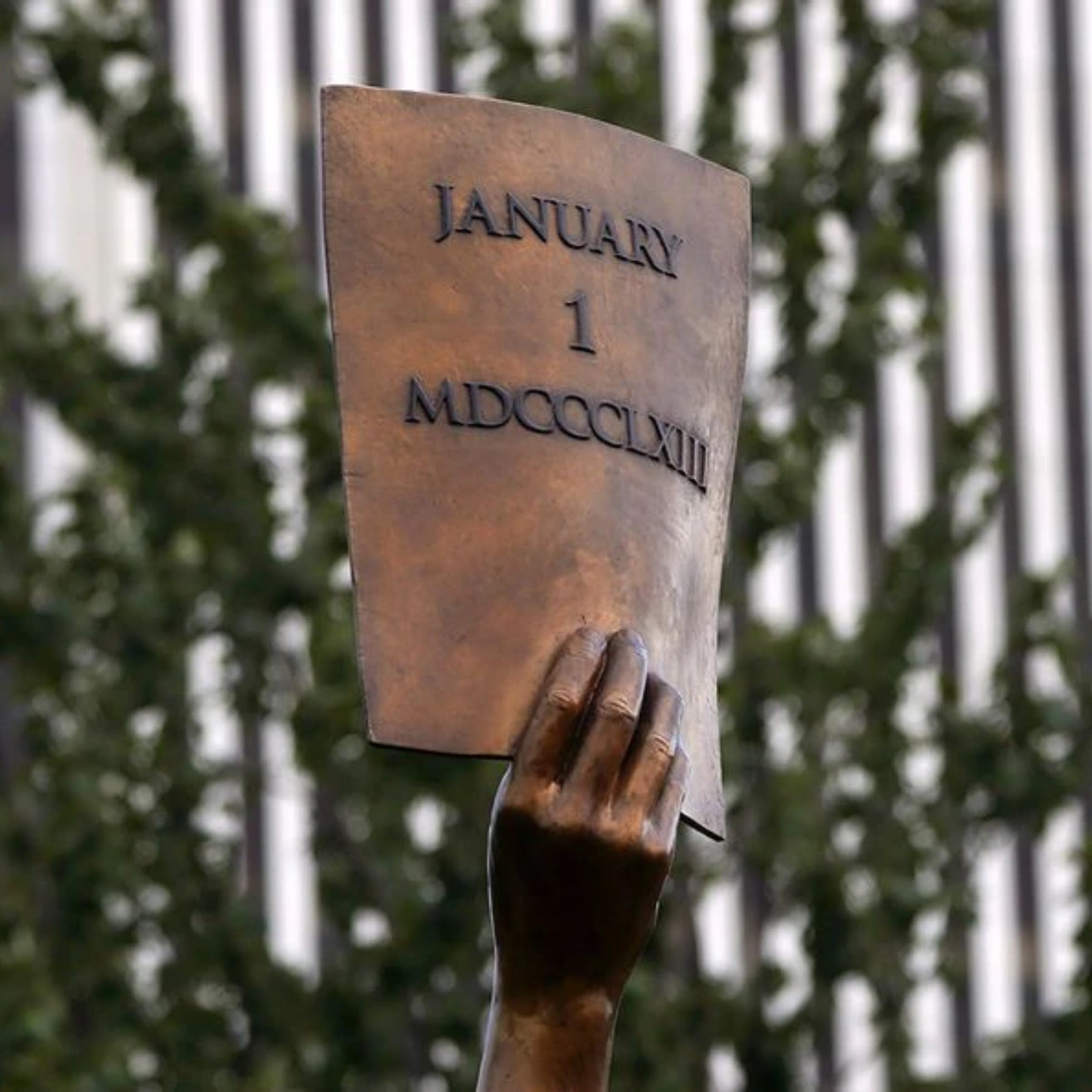 How the Emancipation and Freedom Monument Came to Life

The state’s Commission, originally chaired by retired Senator Henry Marsh began work on the monument in 2012 as part of the multi-year commemoration of the Sesquicentennial of the Emancipation Proclamation and abolition of slavery in the United States. Senator Jennifer L. McClellan became chair in 2014. The Commission requested input from citizens, followed by a series of statewide public hearings, and garnered more than 100 nominations that the Commission narrowed down to ten prominent Virginians, all featured on the monument’s pedestal. The monument was funded by private donations and $500,000 appropriated by the Virginia General Assembly. Find more specific details on the Commission here.

The Virginia Dr. Martin Luther King, Jr. Memorial Commission, a statutory and bipartisan agency of the Virginia General Assembly, was created in 1992 by the General Assembly to honor the legacy of Dr. King through educational, historical and cultural programs, public policy analysis, and public discourse on contemporary issues. Other ongoing projects of the Commission include the History of Lynching in Virginia project, the African American Legislators project and the King in Virginia project.

More information on the Commission and its work is available here!