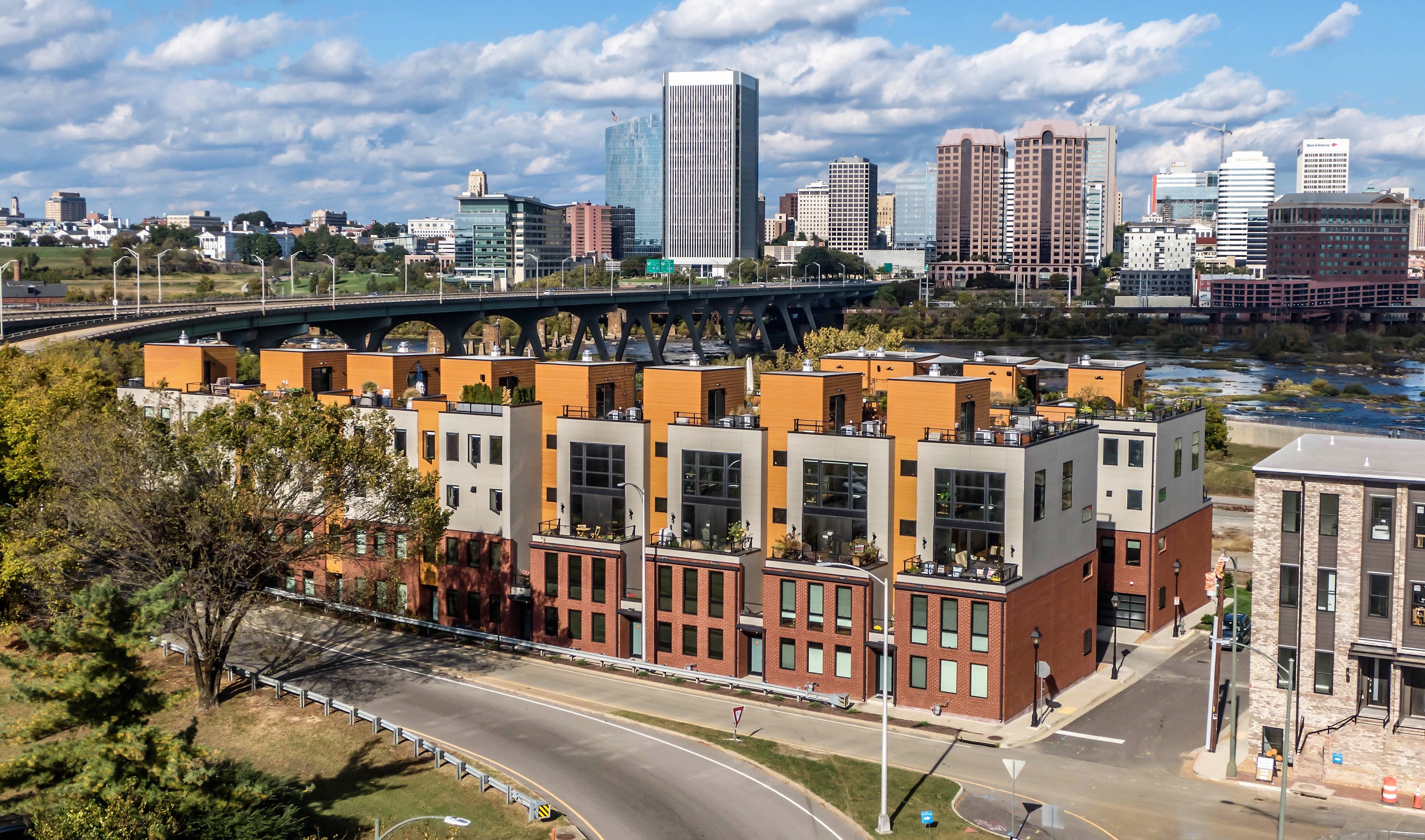 Property and business owners in Manchester have been working with the neighborhood organizations and Venture Richmond on a plan to expand the Downtown General Special Service and Assessment District into Manchester to fund enhanced services and improvements in that neighborhood. City Council approved $300,000 for Manchester in the adopted FY 2023 budget which represents the public investment in the public/private partnership. The public investment would be matched by the private sector investment of $0.05/$100 of assessed value, which is the current Downtown General Special Service and Assessment District rate. The desired enhanced services include: 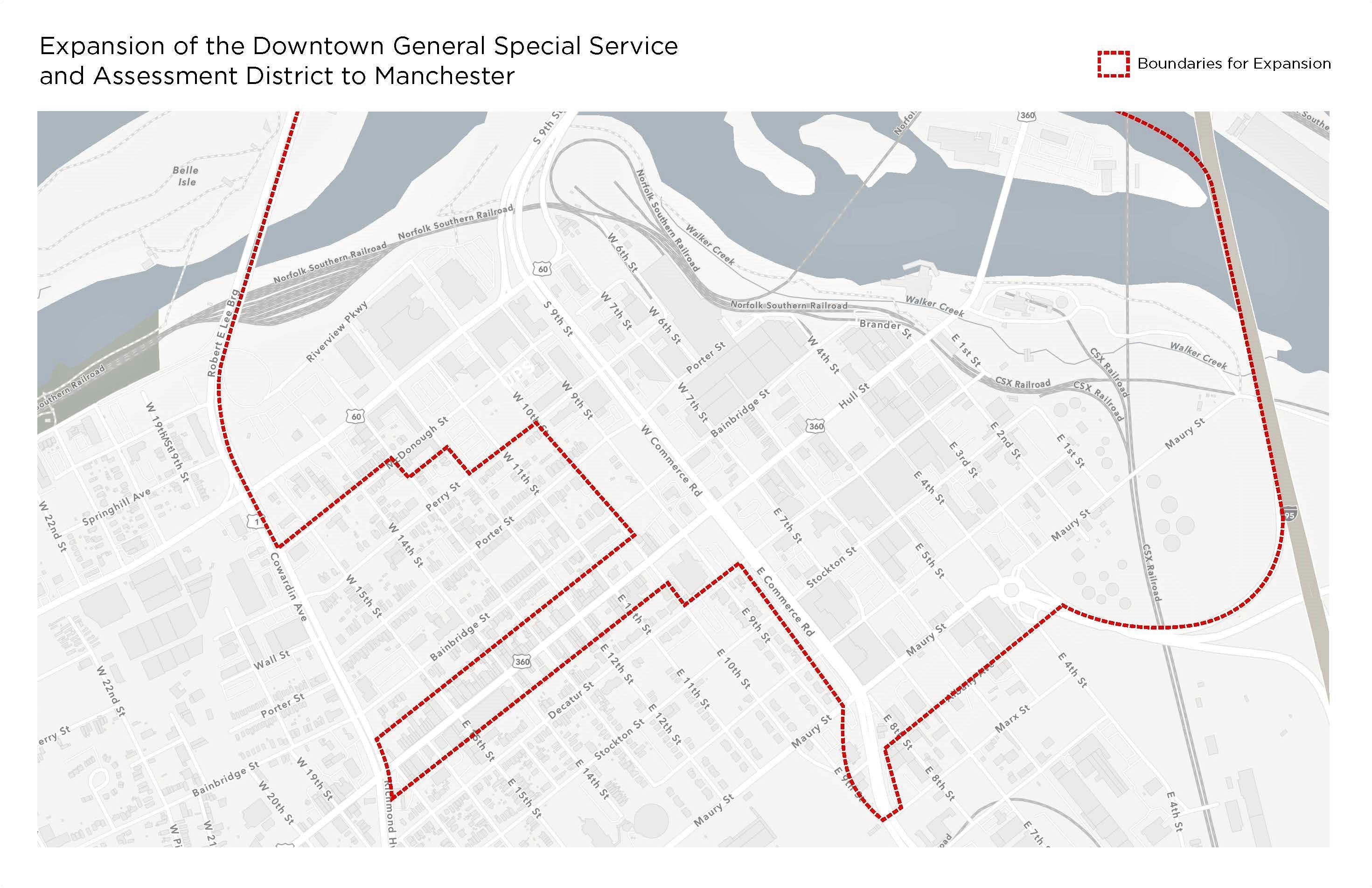 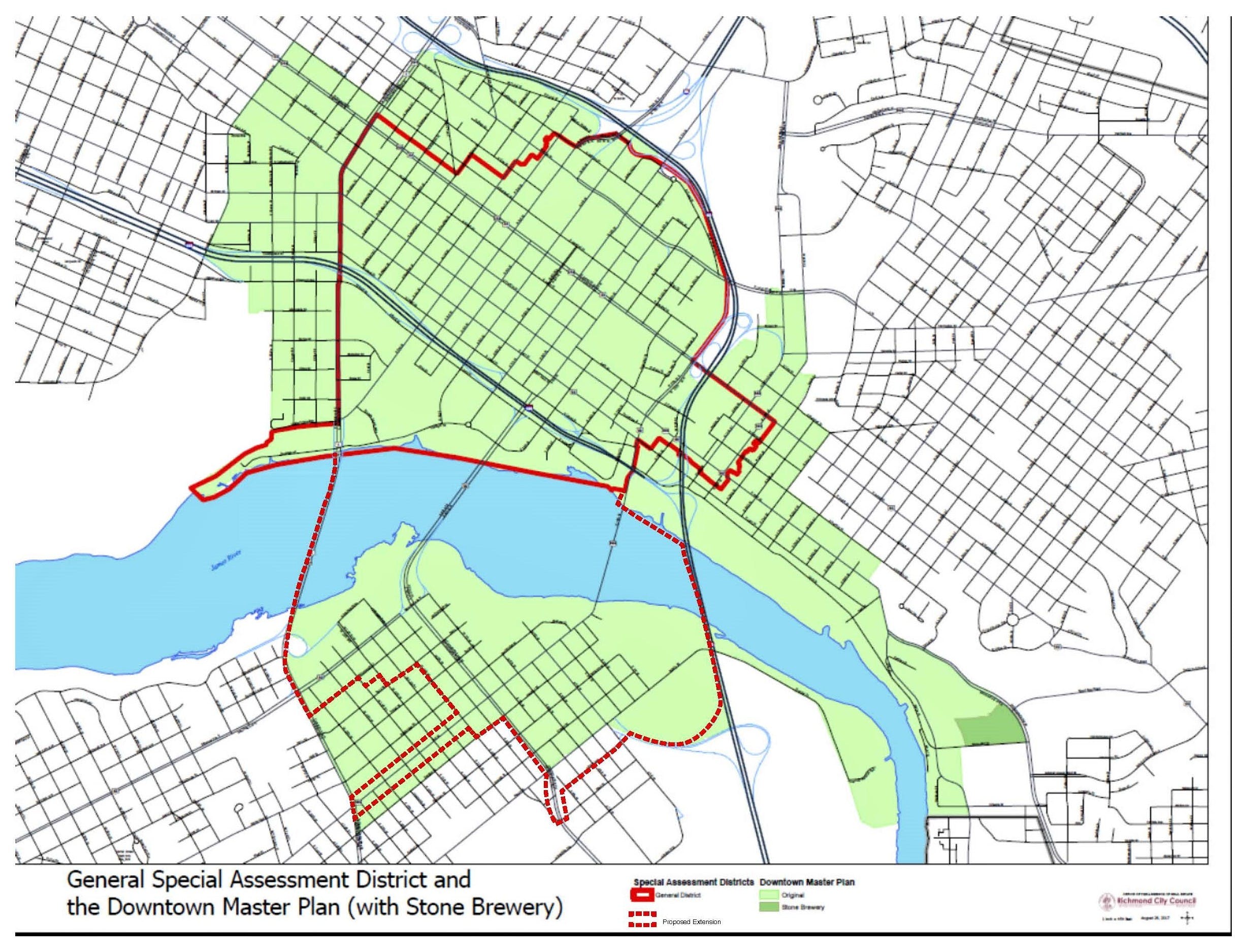 The property and business owners desire the enhanced services the rest of Downtown receives, because Manchester is one of Downtown’s neighborhoods. To accomplish this, the property owners want to expand the Downtown General Special Service and Assessment District, that is managed by Venture Richmond, into Manchester.

Manchester is one of, if not, the fastest growing neighborhood in the city. The private sector has invested over $700 million in the development in the neighborhood, and more is in the pipeline, adding over 4,600 residential units (completed or underway). There are new restaurants and new commercial spaces as well. Manchester is generating new tax revenues for the City and the property and business owners are willing to fund enhanced services as part of a public/private partnership with the City. This is a way for the City to reinvest some of those revenues back into the neighborhood.

With an expansion of the current Downtown General Special Service and Assessment District, the property and business owners would pay $0.05/$100 of assessed value for enhanced services, just like the property owners in the rest of Downtown. In turn, the property owners have asked the City to be an annual 50/50 funding partner at $400,000. City Council put $300,000 in the 2023 budget as a match to the private sector investment.