This weekly summer concert series brings some of the biggest up-and-coming artists to Brown’s Island and downtown Richmond's riverfront every Friday in May and June at the best price for a family-friendly night of live music and fun for all ages. 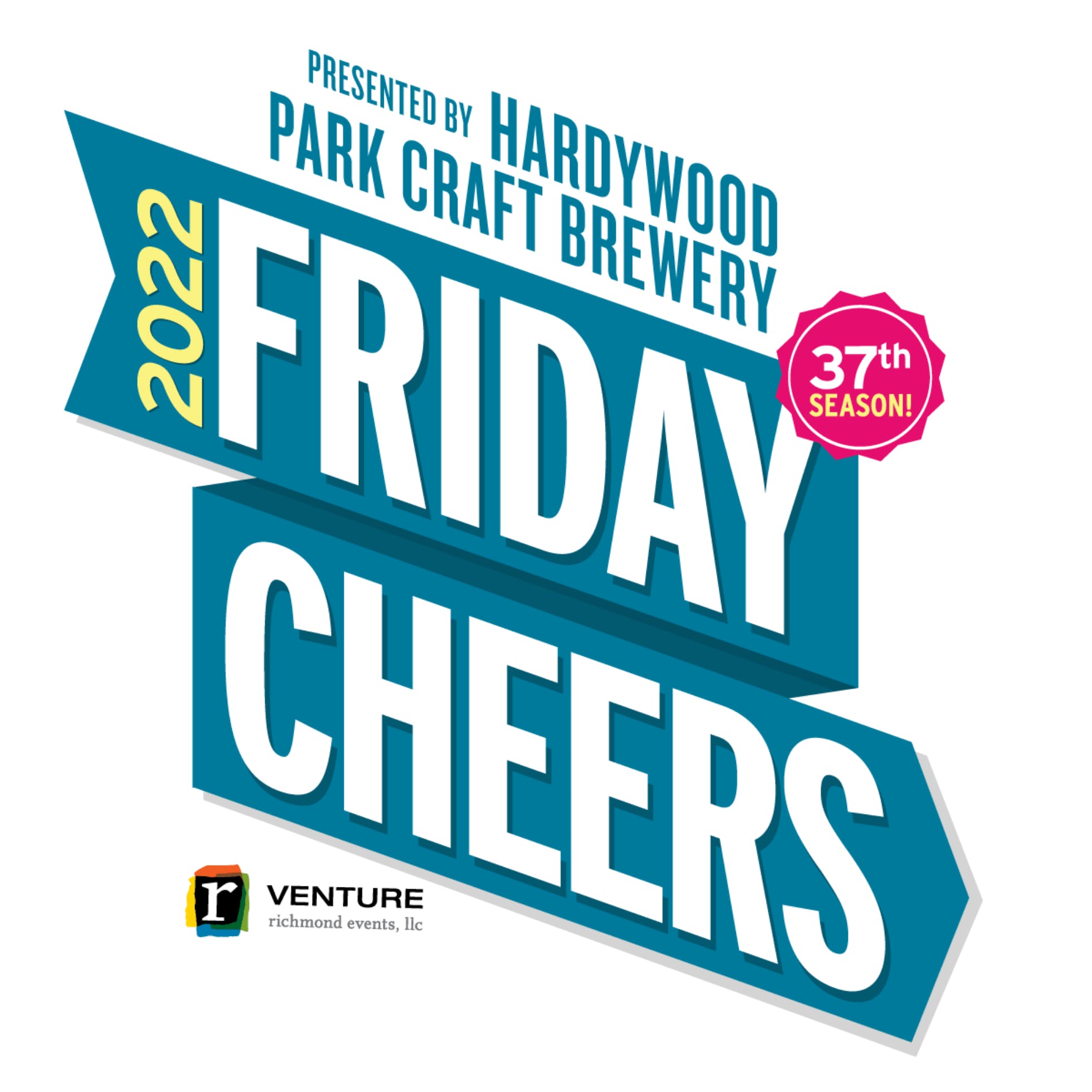 Friday Cheers in downtown Richmond is back to bring you the best music at the best price on Brown's Island.

Friday Cheers, presented by Hardywood Park Craft Brewery, returns to Brown's Island for its 37th season as Richmond’s longest running concert series and the City’s largest event of its kind, showcasing some of the nation’s hottest touring bands and some all-time regional favorites.

The only summer concert series held along the James River, Friday Cheers draws Richmonders to picturesque Brown’s Island every week in May and June. Over the years, Friday Cheers has hosted popular groups such as the Zac Brown Band, Tyler Childers, Snarky Puppy, The Head & the Heart and hundreds of others. Friday Cheers showcases emerging headliners - some of the best bands that you may not have heard of yet and attracts a wide-ranging audience from the very young to the young at heart. Twenty-something’s looking to mingle, young families and older adults all find common ground at Friday Cheers. This family-friendly event has been named Style Weekly's Best Concert Series, Richmond Magazine's Best Concert Series, and Richmond Magazine's Best Music Festival for many years running.

Buy your tickets for the 2022 Friday Cheers show today!

A SPECIAL THANKS TO OUR AMAZING 2022 SPONSORS AND PARTNERS

If you're interested in becoming a sponsor, please email contactus@venturerichmond.com for a full list of sponsorship opportunities.