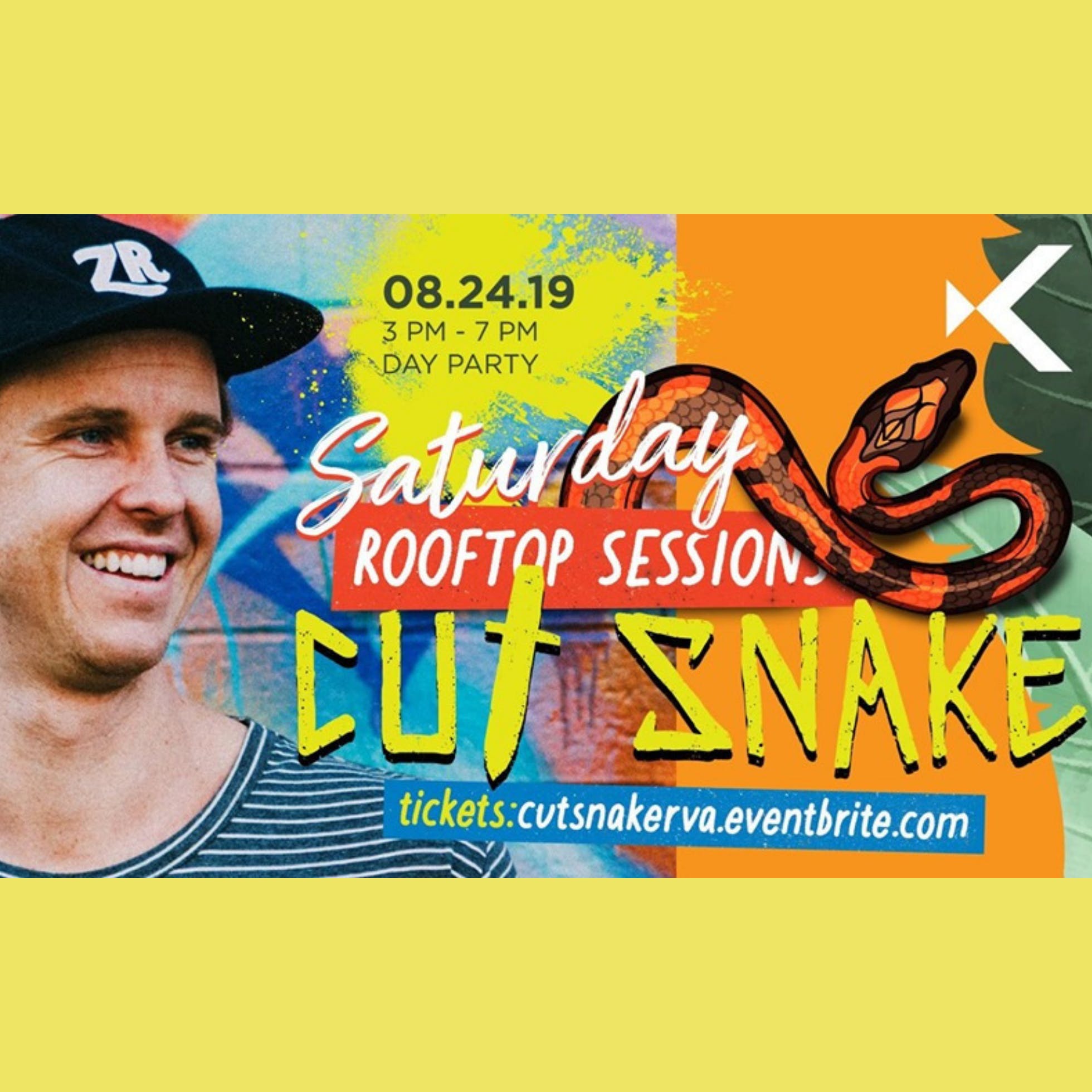 VCU is back in session and we're having a day party to celebrate!

From techy vocal sampled house to breezy disco-pop, Cut Snake is the sound of good times with good sorts. Frequently pushing that sensual sweet-spot between genres, Cut Snake’s rough and ready party vibes come out of the studio with slick sonic edges, holding their own just as well at banging peak-time as at a lazy afternoon poolside sesh. The only guidelines you need for these tunas come straight from the slinker’s mouth: “best enjoyed with a beer in hand and loud speakers”.

Having spent the first decade of his career as a pro surfer, Cut Snake’s Leigh ‘Sedz’ Sedley got into dance music while touring the world for surf contests, inspired by the underground scenes in each country he visited. The career transition from beach to beats was remarkably smooth. Whilst waiting for waves he fine-tuned his production skills from beachfront bungalows, giving his music its unique taste: fresh as, and just a little salty. “I like spending time in my little studio,” Sedz reflects, “but my favourite thing to do is take my Winnebago down the beach and write tunes on the roof with a mad view.”

As it always has been, the key is to give maximum vibes and minimum f***s. As for what’s next, the future is fluid. “I’m just going with the flow at the moment; we’ll see how shit pans out!” Spoken like a true man of the waves.

As Sedz would say: sit back, crack a tinnie, and get stuck into Cut Snake.