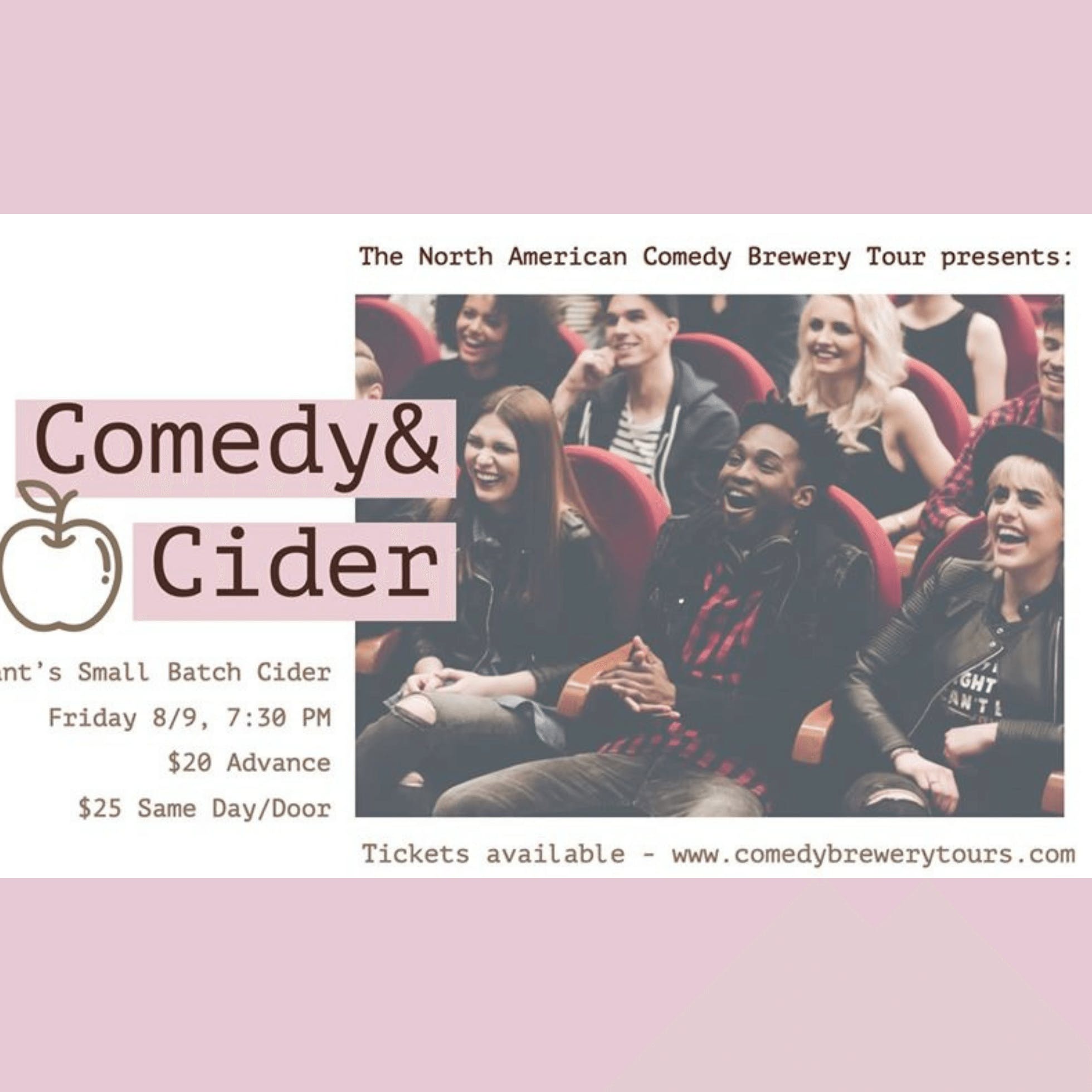 Looking for something fun to do in Richmond while supporting a great cause? The North American Comedy Brewery Tour has you covered!

Join us for an evening of laughing and drinking at Bryant's Small Batch Cider where you can indulge in the finest that comedy has to offer, and enjoy some of the crispest, freshest, most delicious local ciders the Richmond area has to offer!

The North American Comedy Brewery Tour brings the best of the best North American comedians to local breweries and wineries across the United States for an evening that keeps the beers flowing, and the laughs coming. This nationwide tour has already hit countless breweries in the U.S. and Canada and is now making its way into Richmond, Virginia for an evening of unforgettable laughter.

Our comics have travelled across North America, sampling local fare, tasting local brews, and providing a truly unique comedy experience that supports animals in need. This stop features a lineup of comics that will fill your belly with laughs.

We provide the absolute funniest in comedy entertainment, with our comics having credits at top festivals, on TV, and in major national and international clubs. All you need to do is come ready to laugh.

*A portion of all proceeds from any North American Comedy Brewery Tour show will go towards animal welfare organizations supporting rescue, protection, fostering and adoption of dogs in loving homes.*