LUIS CAMNITZER: A MUSEUM IS A SCHOOL 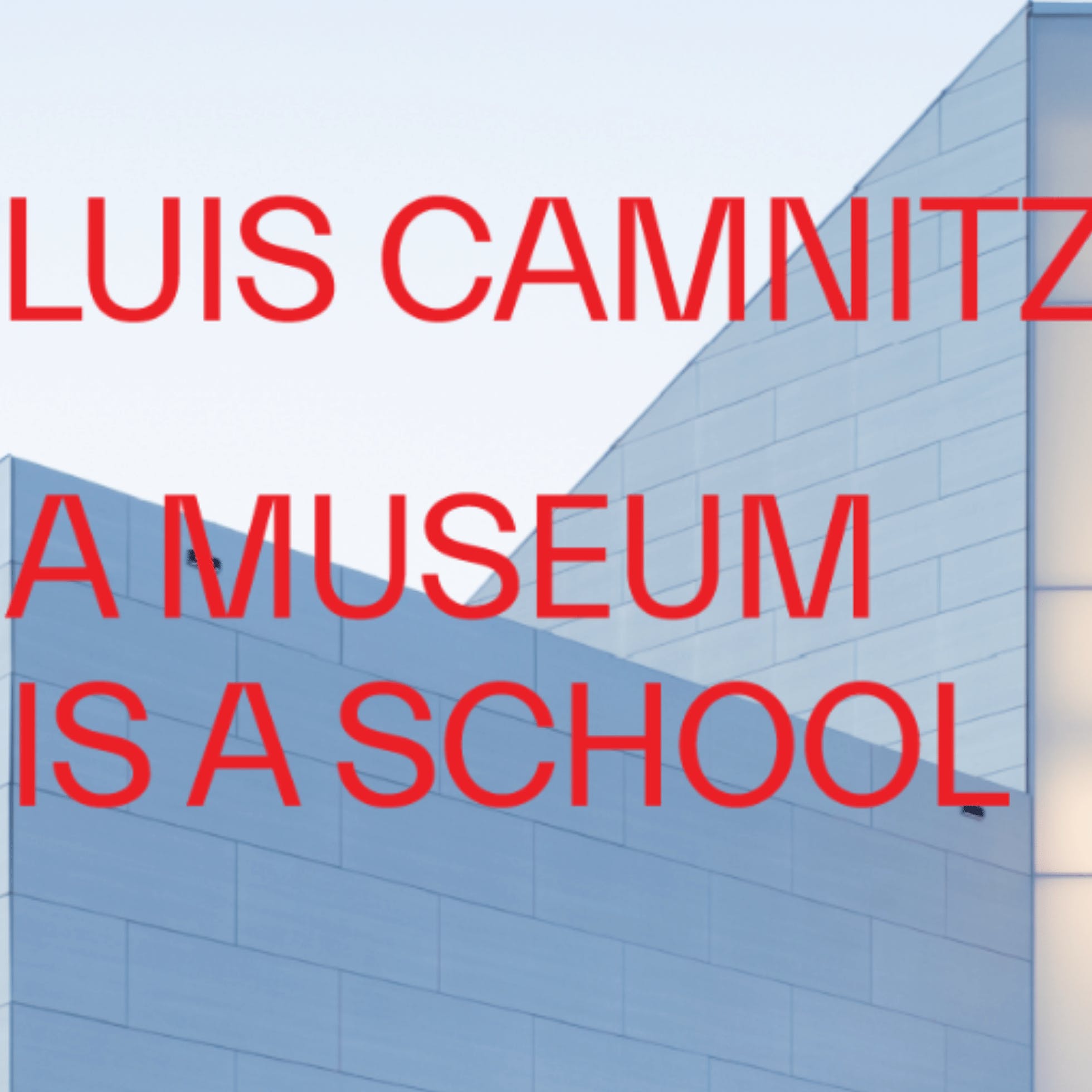 What does it mean to work at the intersection of public education and contemporary art? For more than half a century, artist Luis Camnitzer has been pondering the same question. Working in printmaking, sculpture, language, and installations, Camnitzer’s work investigates how power is employed and can be challenged in society.

A Museum is a School (site-specific installation, 2009–present) is a conceptual work by artist Luis Camnitzer, created while he was working as an education curator at a museum. He and his team developed an interactive learning station at the museum. After reviewing the team’s ideas, the director scrapped their plans stating: “This is a museum, not a school.” Camnitzer resigned from his role shortly after and sent the director an image of the museum with the face of the building adorned with the statement, “The Museum is a school; the Artist learns to communicate; The Public learns to make connections.” The title of the work invites us to reflect on the museum as a space for education. The subtext, “The artist learns to communicate, the public learns to make connections”, gives specific roles to artists and audiences, establishing them as colleagues in a collaborative process.

A Museum is a School emphasizes art as a dynamic process rather than a product and the museum as a forum for exchange. A Museum is a School is attributed to Luis Camnitzer as its copyright holder, but not as the author of an art work. The intention is that each institution establishes and becomes accountable to this contract made with the public. ICA senior curator Sarah Rifky says, “The idea for hosting this work by Luis Camnitzer emerged spontaneously in a meeting with the ICA Communications team.

A Museum is a School is a work that challenges traditional notions of authorship, and inverts the process of commissioning. I was excited to bring a work to the ICA that allows us to reflect on our mission and our values as an art institution to public education. The work is an opportunity to think with Camnitzer, a prolific artist, educator and theorist.”