Spring Brings a Sprucing Up to Downtown

Venture Richmond recently completed its annual “Spring Spruce Up” in downtown Richmond, installing nearly 5,000 plants in hanging baskets, planters, beds, medians, and to the riverfront’s Canal Walk area. The downtown-focused non-profit organization will also maintain the plantings through the fall.

“Beautification projects are critically important to Downtown and its gateway neighborhoods. They help to inspire civic pride, create a sense of place and enhance the environment for businesses, residents and visitors, as well as attracting bees and butterflies to our urban areas,” said Lucy Meade, Director of Economic Development and Community Relations.

Venture Richmond began allocating funding for beautification projects in the Downtown area in 2013. The first project, working in partnership with Lewis Ginter Botanical Gardens and the City of Richmond, was a “Botanical Makeover” of Broad Street. Over two days in 2013, 13 blocks of Broad Street and two surface parking lots were transformed with the help of several hundred Capital One volunteers.

• 5 medians including two blocks of Broad St. from Foushee to 1st Street, 3rd Street and I-95 ramp; 12th and Canal streets, and 14th and Dock streets (last two complete in early July)

In addition to annual beautification operations, Venture Richmond has also boosted its efforts to keep Downtown clean in 2020. The Clean & Safe Program’s contractor, Community Business Group (CBG), a local minority-owned firm, has been providing the “essential service” of sidewalk cleaning seven days a week throughout the COVID-19 pandemic. In 2020, they have collected 269,000 gallons of trash and leaves. 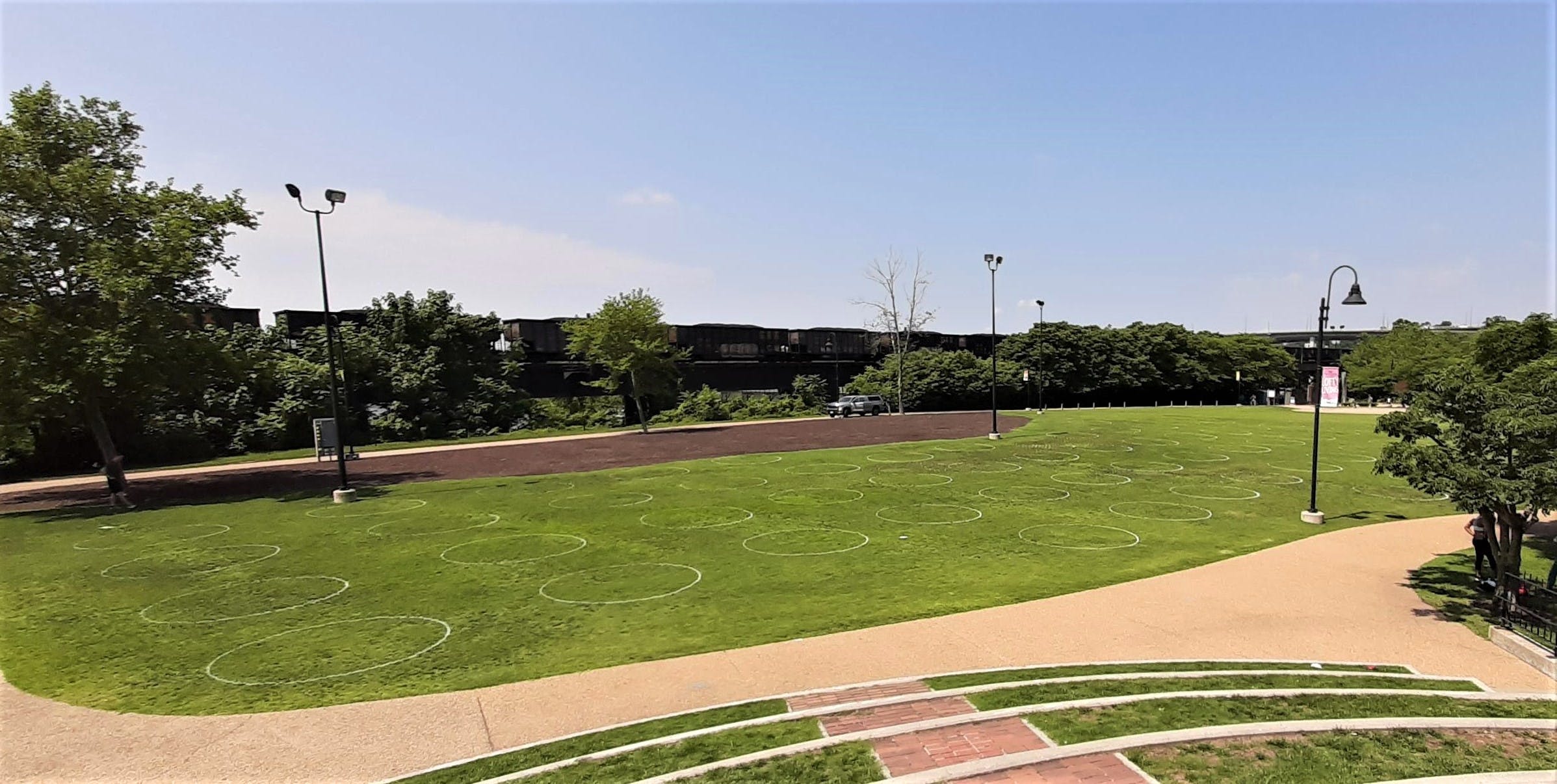 Also in response to the continued need for safe social distancing combined with the need of residents for safe open spaces, Venture Richmond has painted ten- foot circles, six feet apart on Brown’s Island. Visitation to parks and open green spaces has increased dramatically during the pandemic as people seek ways to take a break from “working from home.” These painted circles will help groups manage social distancing by ensuring they are safely apart from others.