Although this year’s 2nd Street Festival is a “virtual” celebration, Venture Richmond Events is keeping alive the long-standing tradition of an official festival poster.

Local Richmond artist Unicia Buster is the poster’s creator and she recently sat down with Sharon Bassard, co-producer and booking manager at Venture Richmond, to talk about her process and vision.. 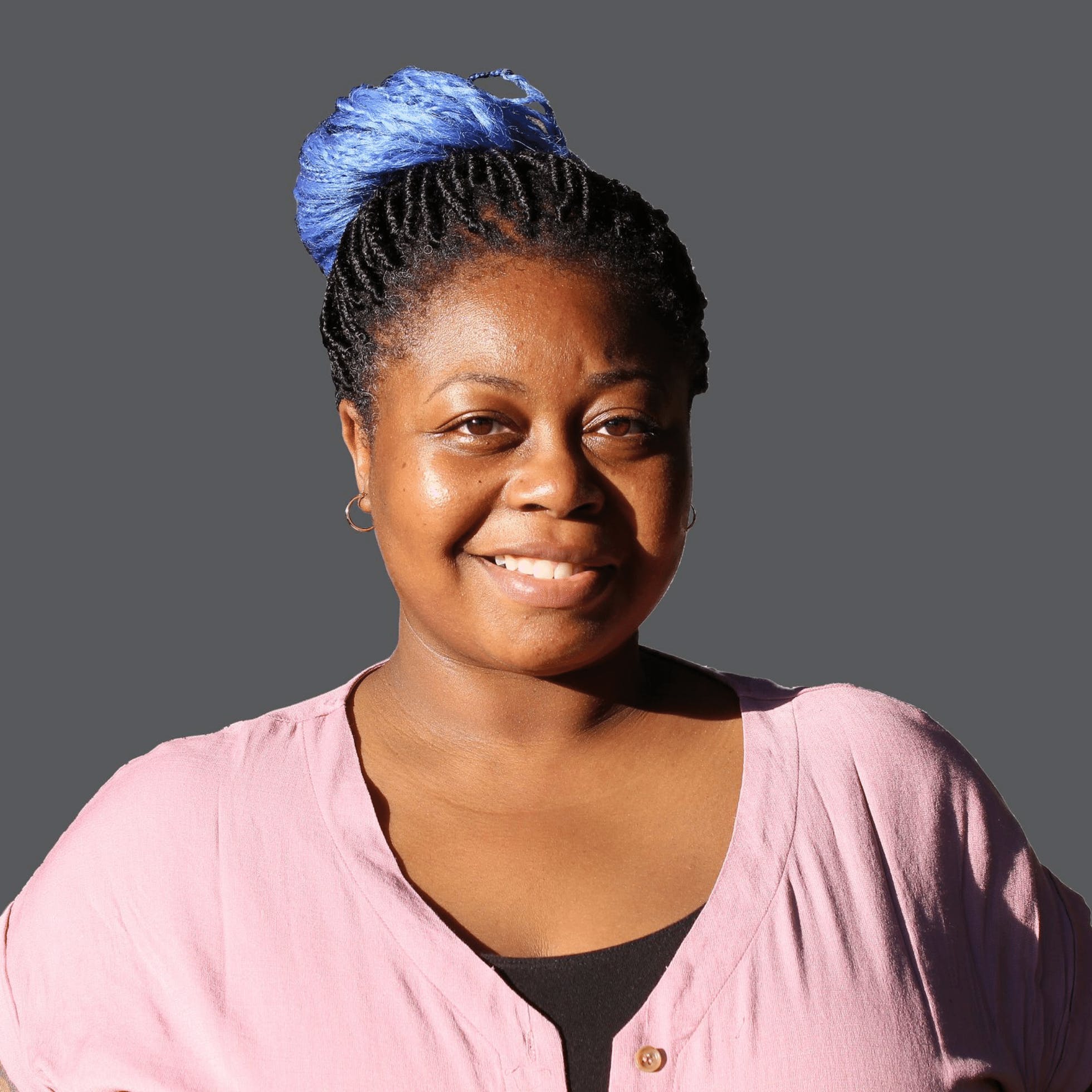 Sharon Bassard: Hi Unicia. We’re very excited to have you join us this year! Tell us a little about your art.

Unicia Buster: I like to call myself an artist because I work in a variety of media. My favorite medium is fabric with which I make art quilts, fabric dolls, tote bags, and earrings. I also enjoy illustrating textile designs which can be used for a number of applications. Other media I work with include painting, drawing and photography. And, on occasion, these can overlap and intertwine to create multimedia art pieces.

Unicia: Born and raised in Richmond, in the Church Hill area, I received a bachelor of fine arts degree from Cornell University and a master of arts degree from George Mason University. I’m a 1995 graduate of Armstrong High School and a life-long member of Thirty-first Street Baptist Church. I’m a single mother of a now 14-year-old. Since graduating college, I’ve worked for 8 years as a graphic designer at the Richmond Free Press and 6 years as an art specialist at VCU Health. I’m currently focusing more on my fine art career.

Sharon: You were asked to create this year’s festival poster. How did this come about?

Unicia: In early February, I was asked to create the poster based on a recommendation by fellow artist David Marion Green, who created four previous years’ festival posters. I was very excited and immediately accepted the invitation. I've attended the 2nd Street Festival so many times I’ve lost count! It is one of my favorite festivals and, although I enjoy the performances, my favorite parts have been seeing arts and craft vendors and the large gatherings of black Richmonders. 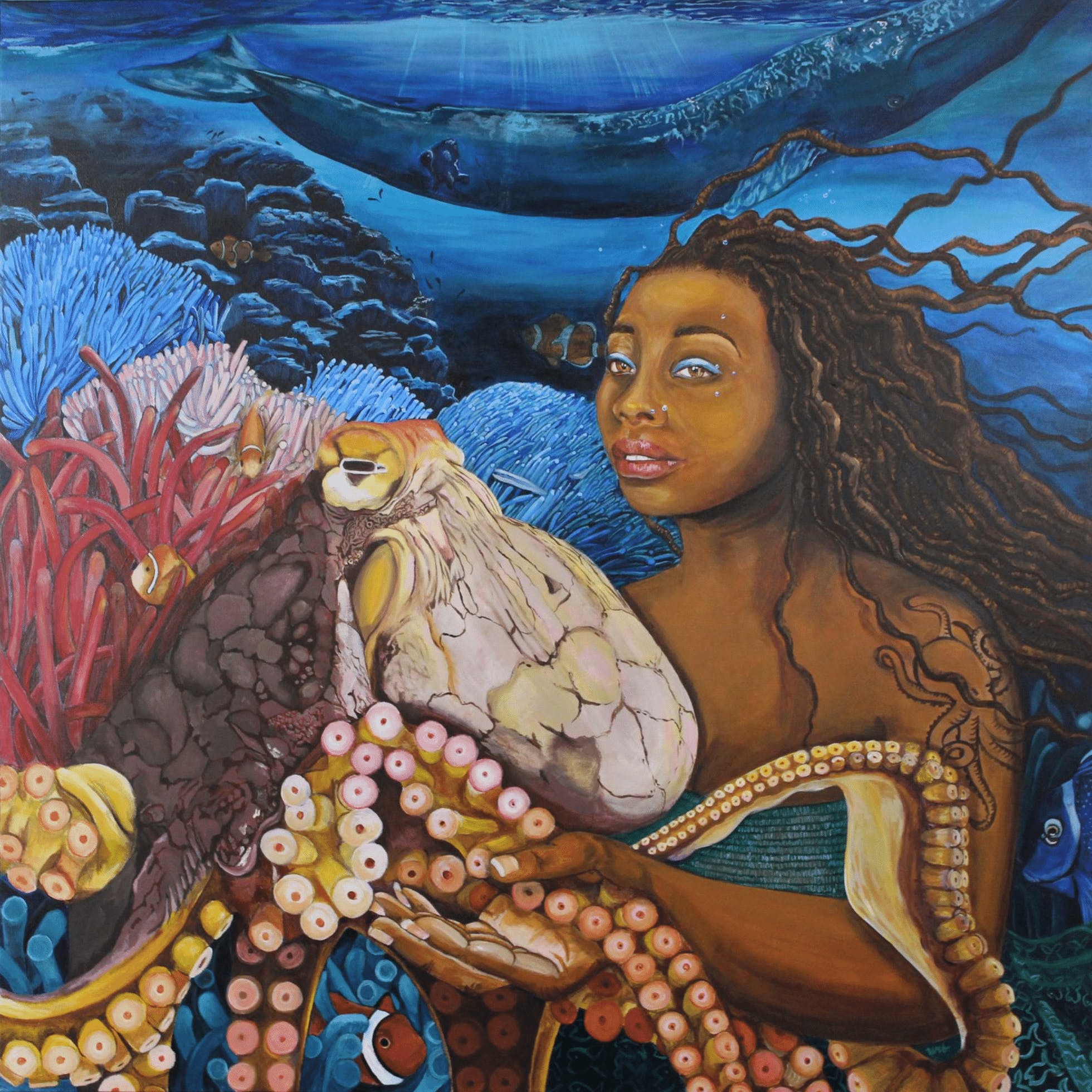 Sharon: What inspired your concept and design for the quilt that is the festival’s poster?

Unicia: In thinking about my design, I wanted to focus on connecting the future generation with the past to show that the festival isn’t just about celebrating the history of 2nd Street in Jackson Ward but also empowering our youth to be the next generation of performers, artists, entrepreneurs and leaders. I sought to photograph young ones standing in these roles; however, the pandemic hit and put a halt on meeting up with people for photo shoots. I shifted gears to photograph my own son and close family. However, more bad news would soon come when I learned of the passing of Debo Dabney, a beloved musician and an integral part of Richmond’s black music history. I believe he has performed in every inch of Richmond’s landscape including on 2nd Street during the annual festival and at numerous venues. I immediately set out to create a quilt that would honor his legacy and tie it in with another legend, Bill Bojangles Robinson. I included two structures that have endured on 2nd Street, The Hippodrome and the adjacent Taylor Mansion, both originally built in the early 1900s and symbols of the “Harlem of the South.” It took me about 5 weeks to complete this quilt.

I can’t answer why art brings me so much joy. It’s the first thing I think of when I wake up in the morning and the last thing I think of when I go to bed at night. I’m influenced by everyday life. It could be a phrase someone said, or an item I saw in a retail store, or even a one-second portion of a television show. However, my theme has remained pretty consistent for the majority of my work - African American/African hair. It’s not to say I haven’t done other themes because I have. When I approach a theme, however, I investigate it until I can’t anymore. I just haven’t reached the point of “can’t” yet on hair.

The style of Pablo Picasso and Faith Ringgold had an early influence on my art career. He explored many media and never stopped creating, producing thousands of works including pottery, paintings, drawings, sculpture, etc. And she influenced my love of art quilts and the possibilities they hold being the first artist I knew to frame a painting with patchwork. I aspire to leave behind a legend as they both have done. I also admire the work of Frida Kahlo, local artist Dennis Winston, Larry Poncho Brown (a previous 2nd Street Festival poster artist), local potter Carren Clarke-McAdoo, Karen Y. Buster, Hollis Chatelain and so many more. Also I’m influenced by art of various cultures including Caribbean carnival costumes, Welsh well flowering, Central American mola textiles, Australian Aboriginal art, Black art of the Harlem Renaissance and art of the Italian Renaissance, to name a few.

My art can be seen online at www.uniciabuster.com and on Instagram and Facebook. I sell coloring books at the Black History Museum and occasionally exhibit work in spaces around Richmond, VA. 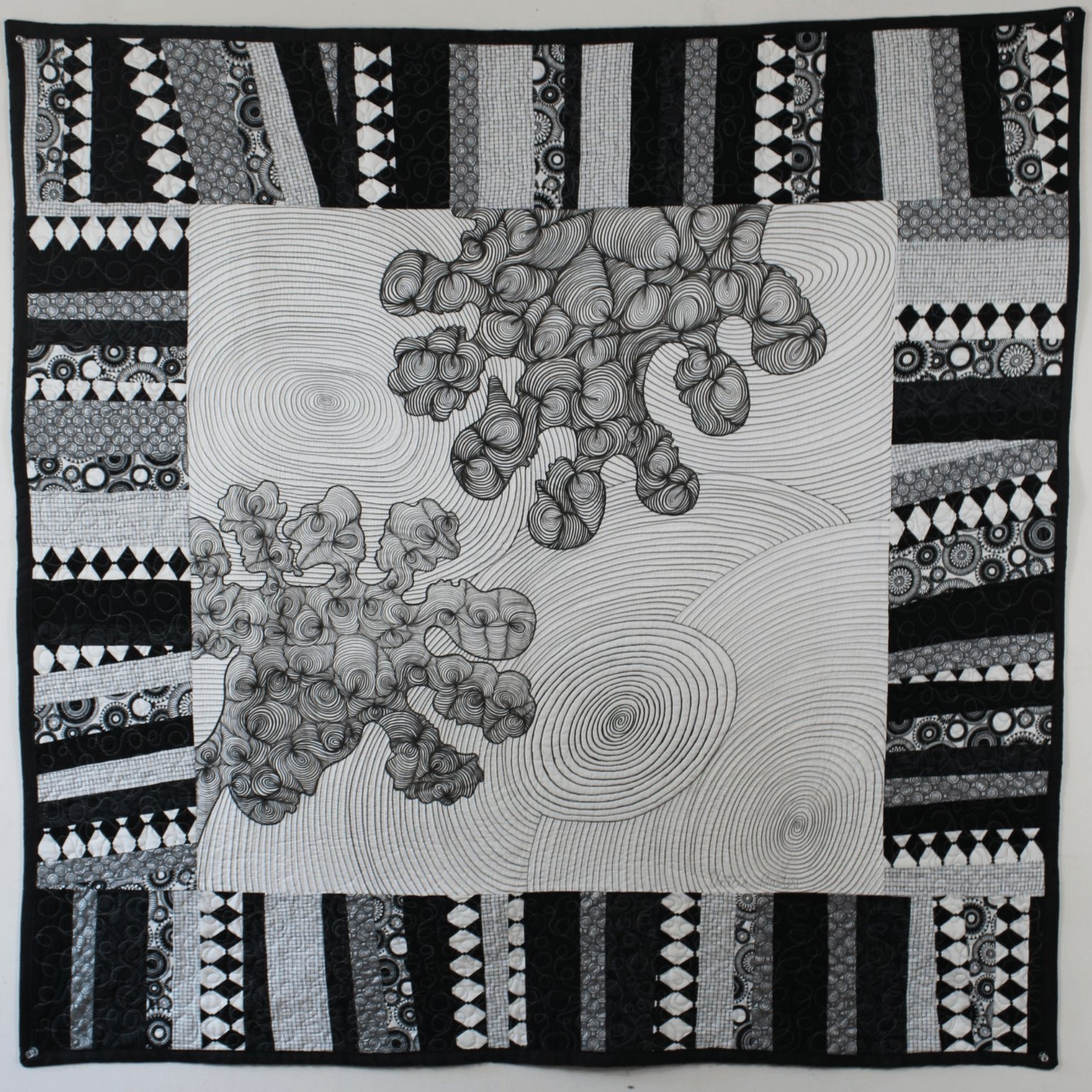 The new 2020 poster was unveiled on September 23 and are NOW available for sale at Plan 9 Music in Carytown or at Plan 9 online here. 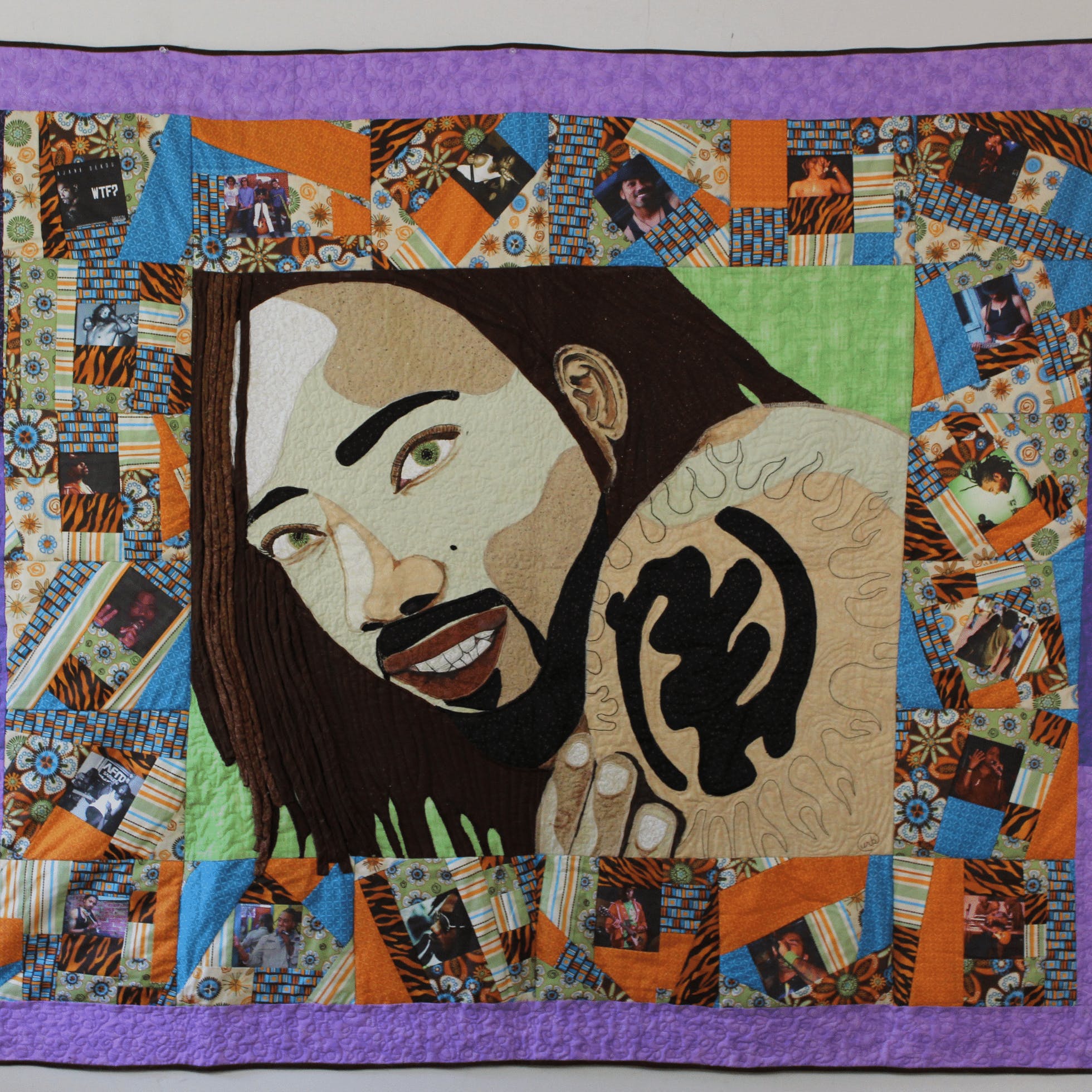