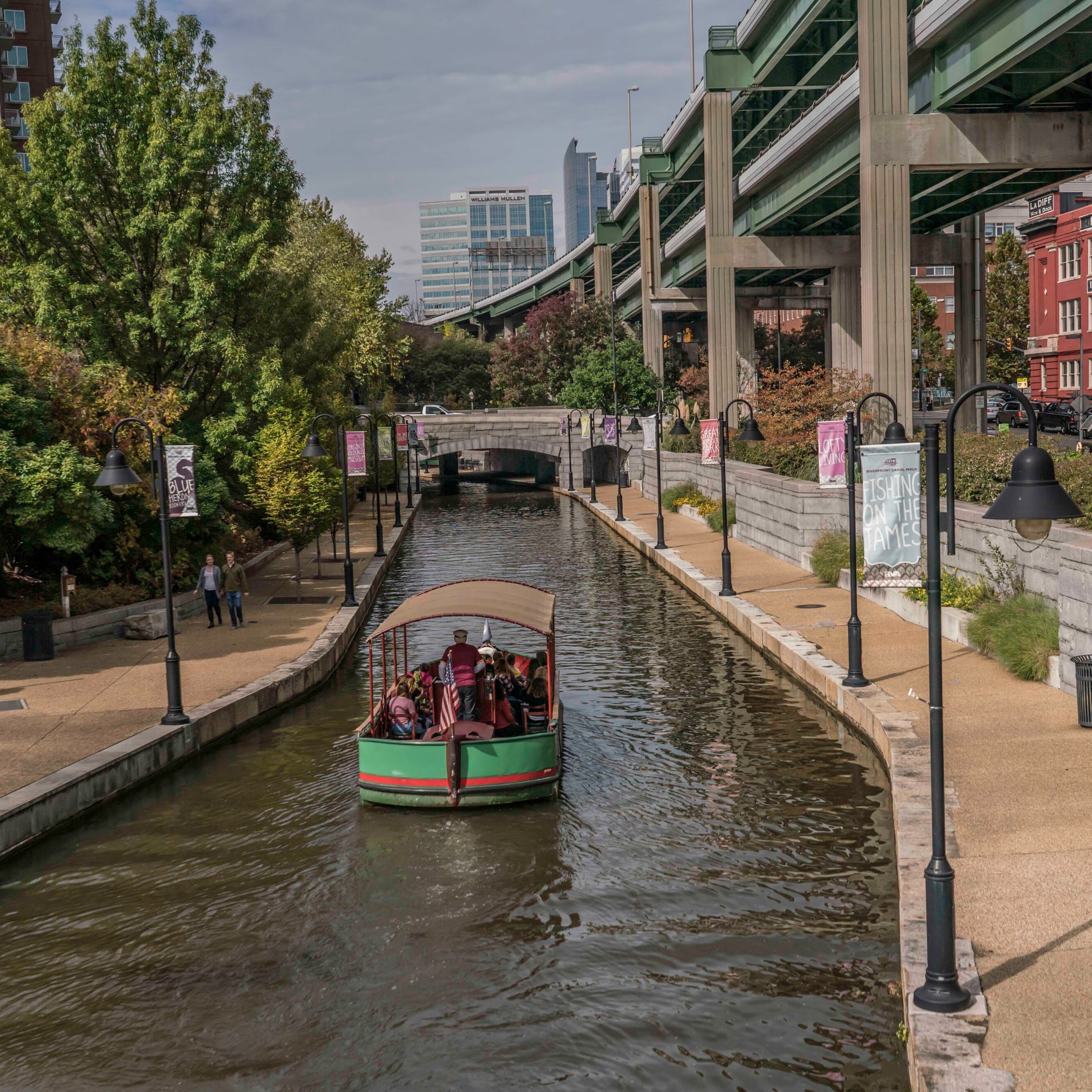 1. A New Way to See Richmond

Take in the sights and sounds of downtown Richmond's riverfront from one of our classic canal boats as you travel by water through the historic and scenic Kanawha Canal. 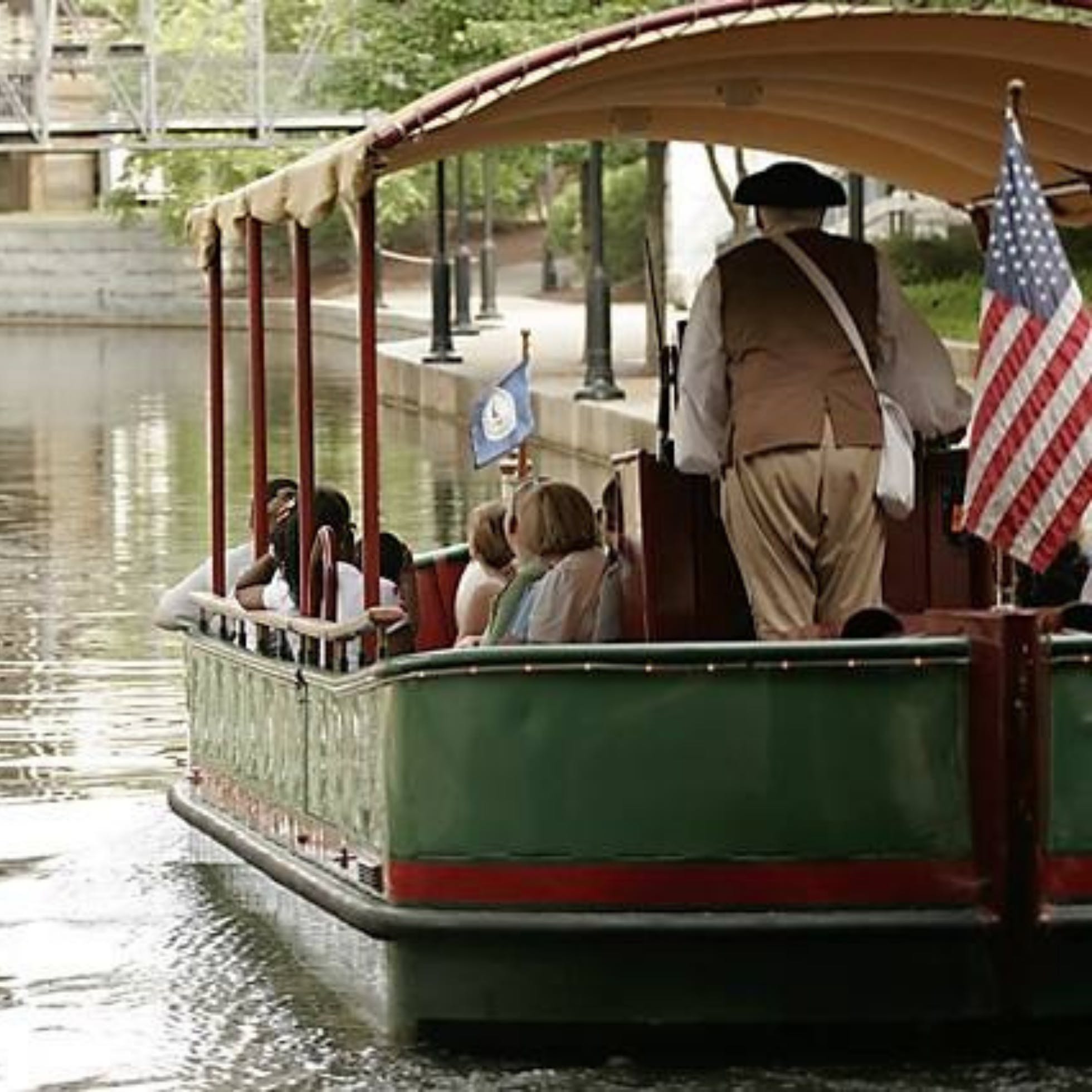 2. To Learn Something New

Our historically narrated canal cruises will teach you all about the Kanawha Canal, George Washington and more insight into Richmond's historical impact, making it the perfect choice for an informational group or field trip! 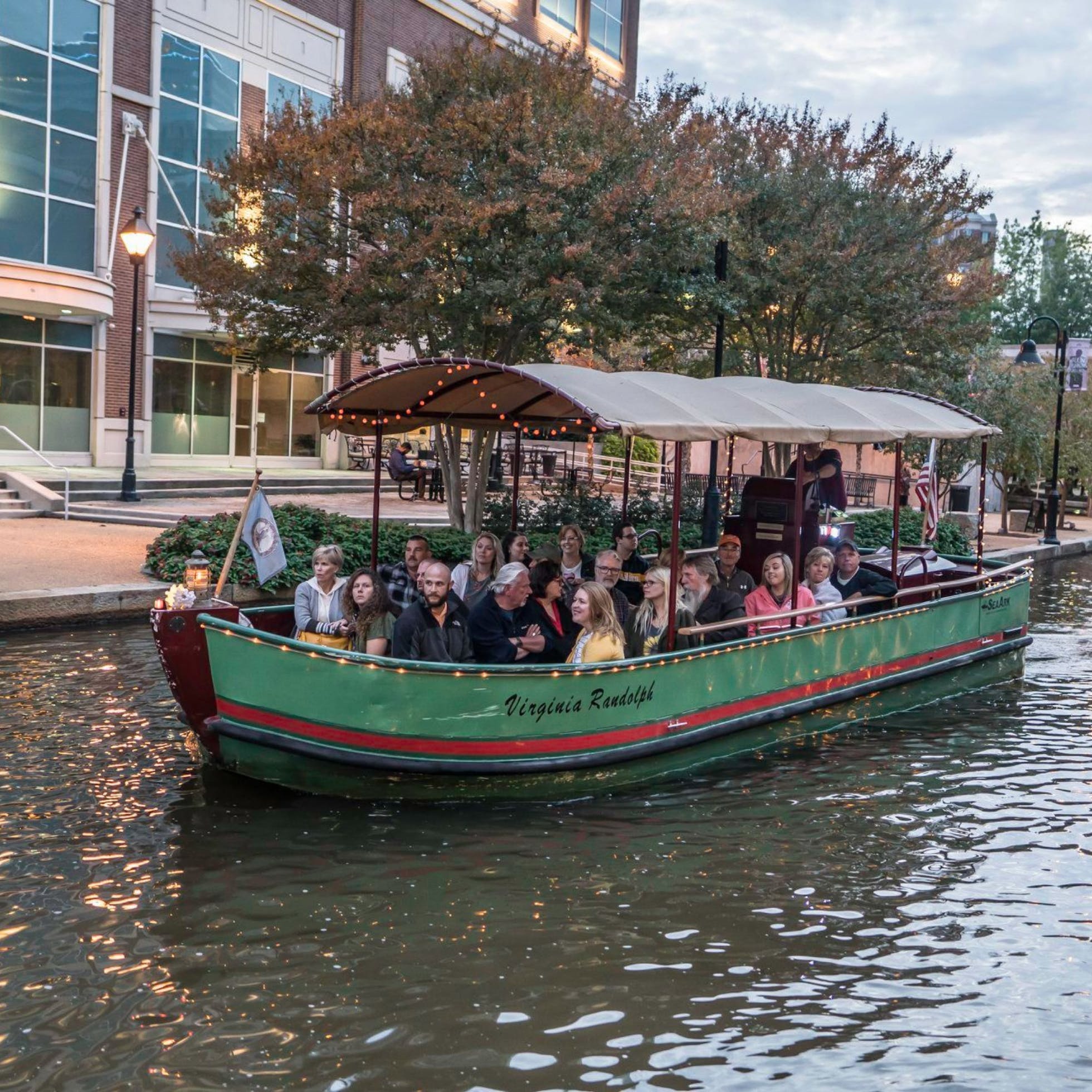 3. A Unique Way to Celebrate

Whether it's a birthday or engagement, the Riverfront Canal Cruises have helped kick off all kinds of celebrations and offers customization to suit your event's special needs. 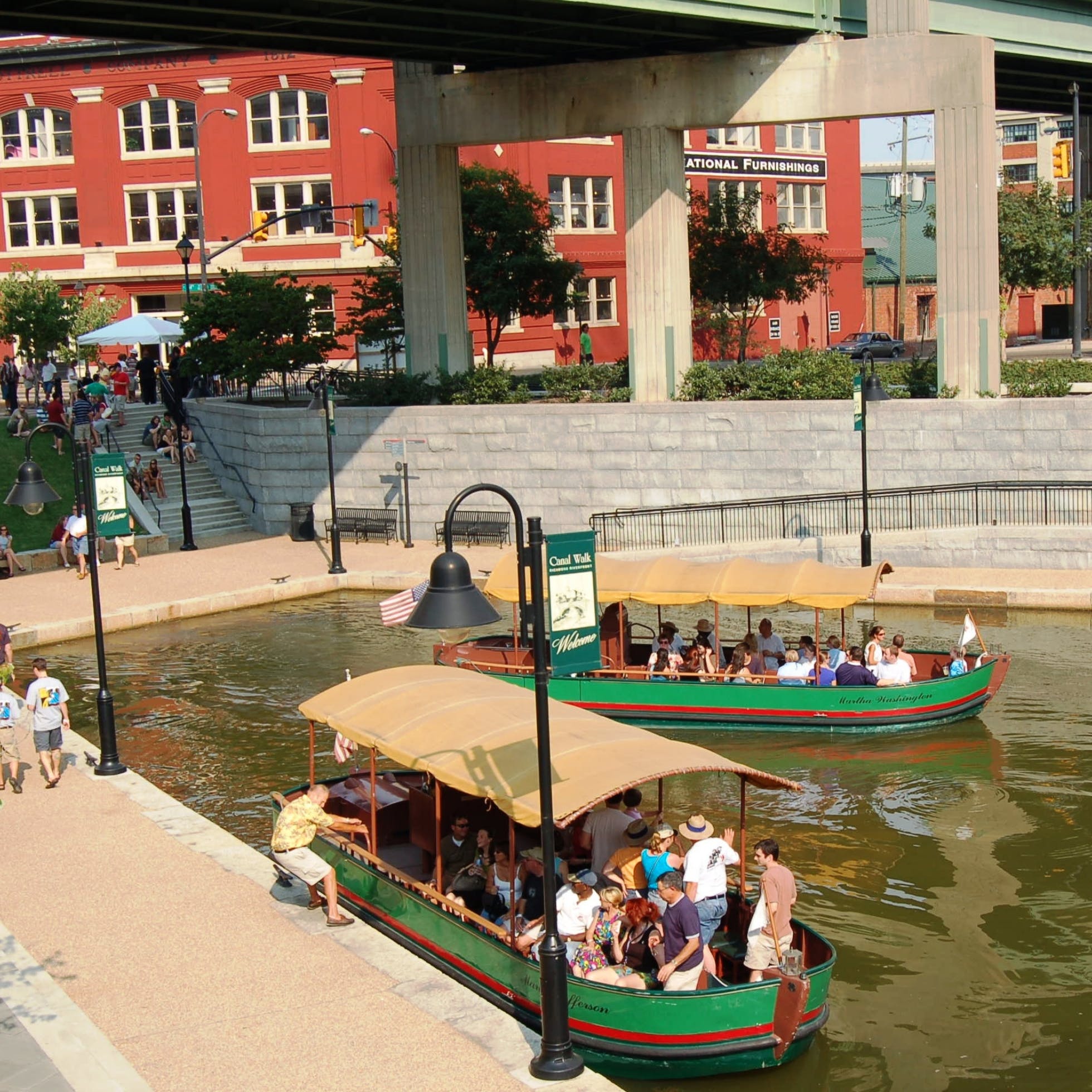 Your hour-long private canal cruise charter allows for up to 25 guests making it a great option for those looking to accommodate large parties. 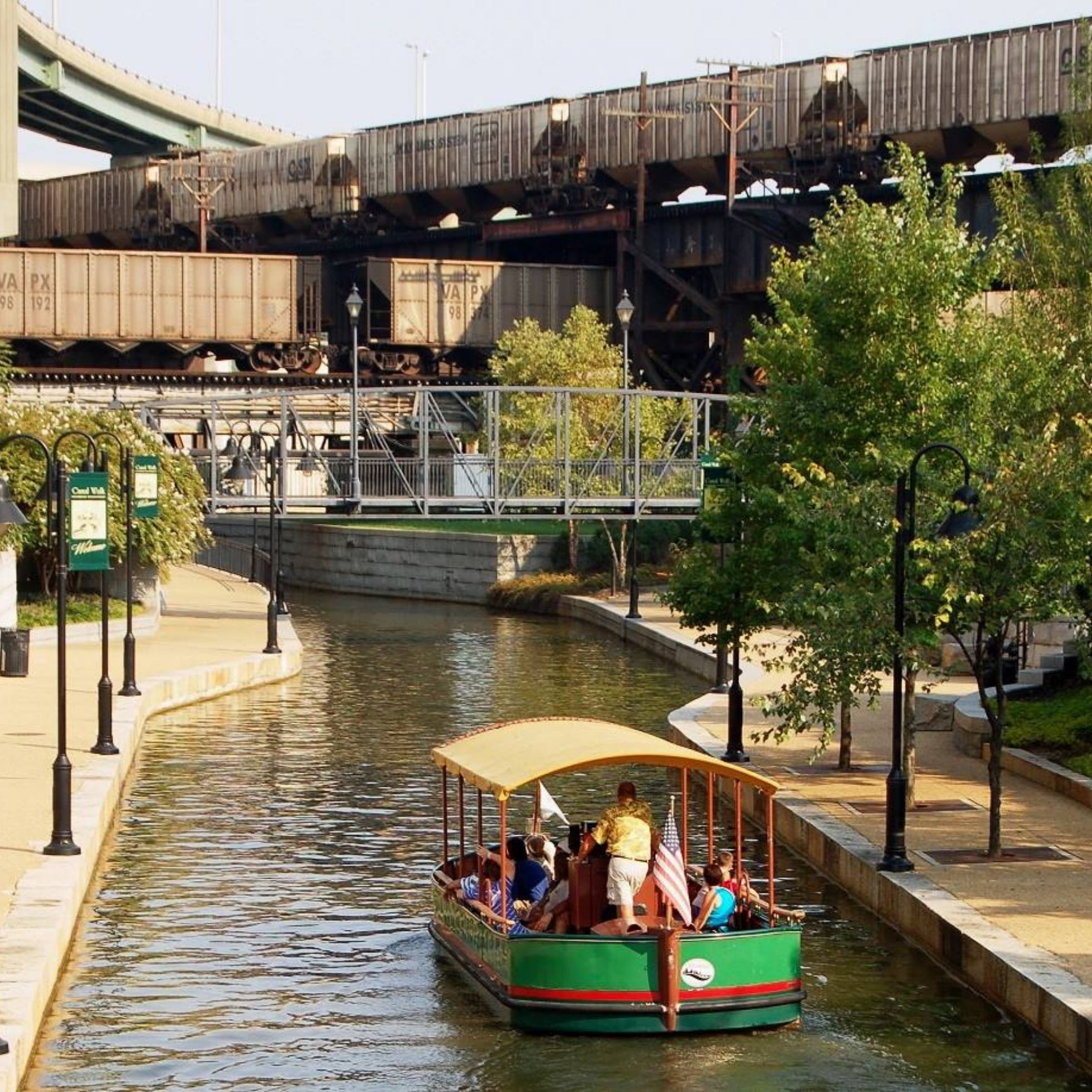 The Riverfront Canal Cruises offers something for everyone as a family-friendly attraction offering adventure, history and memories made! 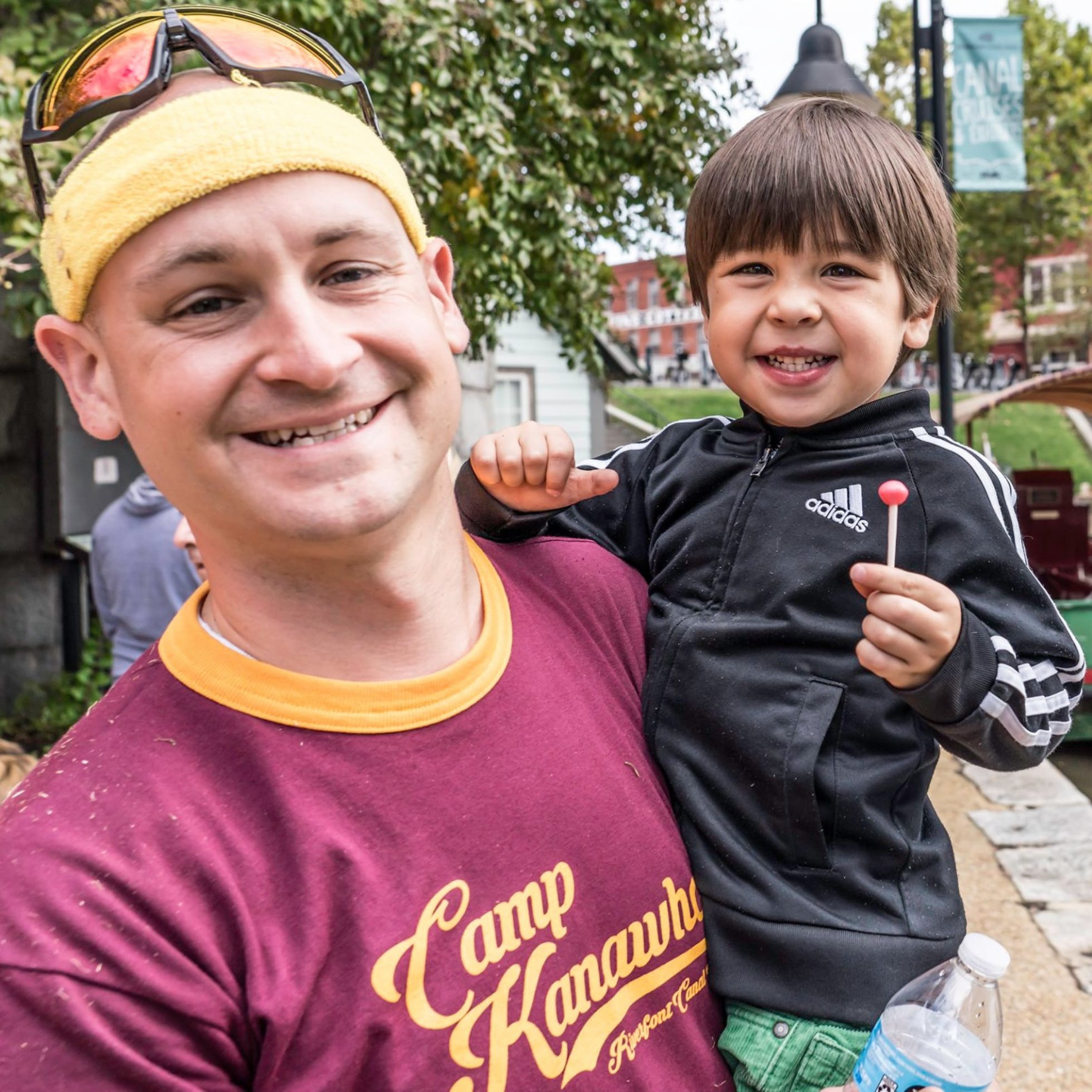 What’s your favorite part of heading up the Riverfront Canal Cruises program?

My favorite thing about the Riverfront Canal Cruises is spreading my enthusiasm! Whether I am introducing or reacquainting people with the fun and uniqueness of the Canal and Downtown Richmond, it's always a treat to watch people realize how much awesome stuff there is to see and do here. There is an overwhelming amount of history in Richmond, beginning long before its official founding in 1737, and it’s still an exciting place to explore and experience in 2021.

What’s your favorite fun fact regarding the James River and Kanawha Canal?

My Favorite fun fact is that the Canal was conceived by George Washington to be the first and fastest connection between the Mississippi and The Chesapeake Bay. That’s one heck of a transportation planning goal in the 18th Century!

What’s your favorite part of the Riverfront Canal Cruise experience?

All things change when you look at them from different points of view. My favorite thing is how different the city looks and sounds from the water. You really notice the quick transition from the urban landscape of downtown and the natural environment of the James River when you’re on a boat on the dividing line.

Why should people take a Riverfront Canal Cruise?

Because it’s fun of course! This is an entirely new way to experience downtown Richmond and the Riverfront and its exhilarating to look at the familiar with a new lens, be that historical or just literally being on the historical canal.

If you were going to plan a day downtown for someone, what would that day look like?

First, they would would wake up at the Quirk Hotel, then start with breakfast at Perly’s. Then, they would take an RVA Bike Share bike to The Valentine and then to Tredegar St. where they could tour the American Civil War Museum. After that, they could take an hour to paddle the James River on a rental kayak from Waterfront RVA. Then, a short walk down the Riverfront Canal Walk to either Casa Del Barco or Southern Railway Taphouse for lunch. After that, a 40-minute tour of the canal with the Riverfront Canal Cruises. Maybe then a little shopping in Shockoe Slip and Shockoe Bottom and dinner on Broad Street. Afterward, a stroll up and down Broad checking out Richmond’s amazing galleries, at a First Friday’s Art Walk. After that, I would imagine that exhaustion would set in, so back to Quirk for a great night’s rest!

If you were going to describe the Riverfront Canal Walk in 5 words, what words would you choose?

What would your dream Riverfront Canal Walk look like in 10 years?

I would love to see a reimagined Brown’s Island that is even more of a fantastic park with world class amenities. It would also be so exciting to see a Canal Walk that is even more connective to the natural environment, the various trail systems, and the city. The Canal Walk could and should tie everything together! Also, A canal walk that has increased commercial activity without sacrificing its unique charm.