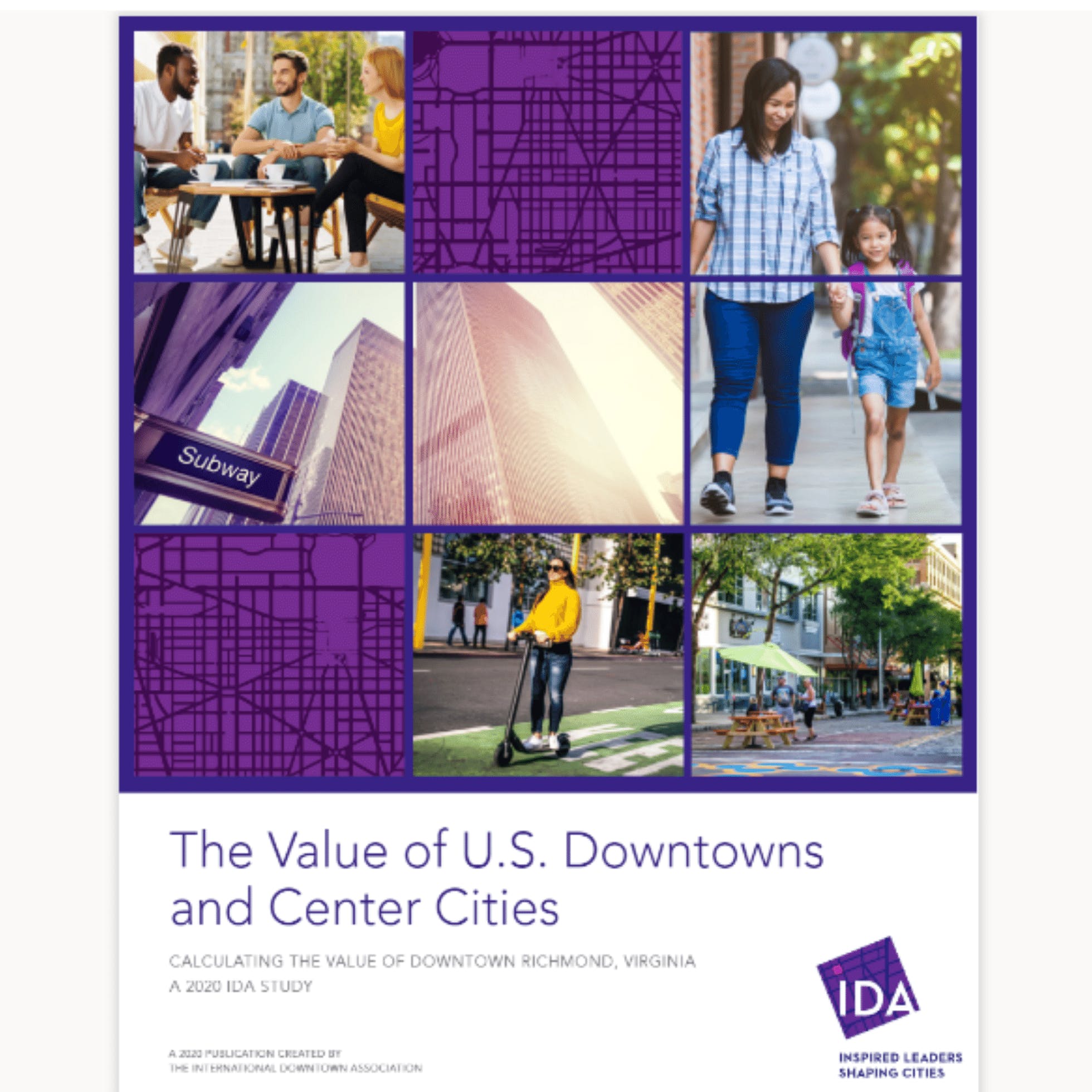 Richmond’s downtown is home to more than half the city’s jobs, it has absorbed nearly half of the city’s population growth over the last two decades, and it represents 35% of the city’s total assessed property value, all on less than 5% of the city’s total land area. A study by the International Downtown Association, and recently reported by Venture Richmond, offered this and other insights.

“Downtown has a remarkable concentration of the city’s real estate and cultural assets and has been a growth driver for the City’s transformation. It has also had a significant impact on the image of the entire Region,” said Lucy Meade, Venture Richmond’s director of economic development and community relations.

As part of Venture Richmond’s Annual Community Update, David Downey, President and CEO of the International Downtown Association, provided insights into how downtown Richmond is well-equipped to rebound from the financial challenges stemming from the pandemic while sharing a new study examining the value of Richmond’s downtown. Various generations – from Generation Z to older populations – continue to have a high demand for the downtown experience, according to Downey. He noted that Richmond’s strong housing market, walkability, quality open spaces, and diversity scores, particularly in downtown, are positive indicators for the future. “Downtown Richmond continues to drive economic value, creativity and innovation for the entire region,” Downey said. With the COVID-19 vaccine distribution continuing, Downey emphasized the need for companies to create productive and efficient plans for returning to the office to address the potential loss of innovation, creativity and collaboration when working virtually.

During the event, Downey also shared takeaways from The Value of Downtowns and Center Cities, a report that quantifies the value of U.S. downtowns across more than 150 metrics under five core value principles with a focus on how downtowns contribute to the city and region around them. From 2017-2020, the IDA analyzed a total of 37 downtowns and center cities across the country. The pre-COVID study finds that not only does Richmond’s downtown account for a significant proportion of the region’s jobs, but the city’s core experienced the region’s biggest percentage spike in residential population growth since 2000.

Economy and Quality of Life